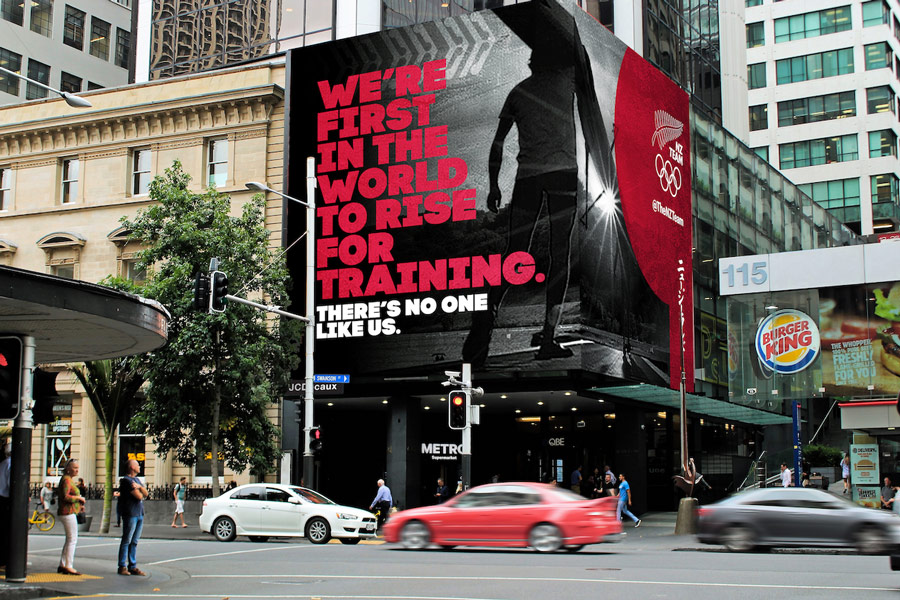 AUCKLAND, Today: The New Zealand Olympic Committee has extended its partnership with JCDecaux – as exclusive out-of-home supplier for the Tokyo Olympics.

“JCDecaux has worked with Dentsu to utilise its digital outdoor management platform D4, to provide the latest event and athlete news from Tokyo, live medal tallies and messages from fans and supporters, all dynamically created and delivered in real time across New Zealand.

“There is always something special about the Olympic Games and this year even more so given the challenges Covid-19 has had on the event itself and the athletes.

“By working with the Denstu team and its D4 product, JCDecaux can deliver live updates and event coverage so people feel engaged with the Olympics wherever they are.”

“This is a great example of how real-time data feeds can be used in dynamic creative using our D4 platform.”

“JCDecaux’s flagship sites – The Olympic in Newmarket, the Kyber Pass and Victoria Pass flyovers, as well as the QBE building – are in close proximity to The Cloud on Auckland’s Queen’s Wharf, which will be the headquarters of the first-ever New Zealand Olympic Team ‘fan zone’.

“Supporters can share in the excitement of the Tokyo 2020 Olympic Games, try their favourite sports, test their Olympic knowledge, or just enjoy being around other sport fans while cheering on the New Zealand Olympic Team.”

Dentsu Group GM Richard Pook said: “This is a great example of how real time data feeds can be used in dynamic creative using our D4 platform.

“It’s fantastic to be supporting the New Zealand Olympic Team like this, bringing people closer to the action in Tokyo as they travel around New Zealand.”

Live event coverage and updates will also be activated at quality, high-traffic digital sites in Christchurch, Dunedin, Bay of Plenty, Hamilton, and Wellington to increase interest and excitement nationwide.

The post Olympic selection for JCDecaux appeared first on M+AD!.