The Federal Communications Commission’s new approach to broadband deprives the Federal Trade Commission of the ability to sue AT&T for throttling wireless subscribers, the company says in new court papers.

The telecom argues that the FCC’s Feb. 26 vote to reclassify broadband as a utility service means that a “new regulatory regime will apply to the very subject matter of this dispute.”

AT&T’s papers, filed Thursday, mark the latest twist in a dispute about the company’s policy of slowing down broadband connections of some wireless subscribers who pay for “unlimited” data. The FTC alleged in a lawsuit filed in October that AT&T’s throttling program deceives users.

The dispute centers on AT&T’s 2011 throttling policy, which allows it to slow down “unlimited” customers who exceed a data cap. Since implementing the policy, the company has throttled more than 3.5 million wireless customers, according to the FTC.

AT&T implemented the throttling policy soon after introducing “tiered” billing plans, which require customers to pay for a monthly allotment of data. The wireless provider still allows longtime users who previously had unlimited plans to avoid pay-per-byte billing, but slows them down after they hit a cap of either 3GB a month for customers on the 3G and HSPA+ networks, or 5 GB a month for people using the LTE network.

In January, the telecom asked U.S. District Court Judge Edward Chen in the Northern District of California to throw out the case on the grounds that the FTC lacks jurisdiction over common carriers. Initially, the FTC countered that it was entitled to proceed because mobile broadband wasn’t regulated as a utility service, even if other AT&T offerings are considered common-carrier services.

Last week, the FCC voted to reclassify mobile broadband as a common-carrier service. Immediately after that decision, AT&T and the FTC told Chen that they wanted to submit new arguments regarding whether the agency’s case could proceed.

On Monday, the FTC said in court papers that it’s still entitled to sue AT&T for its prior conduct, because the reclassification isn’t retroactive.

AT&T counters in papers filed on Thursday that the FTC isn’t empowered to proceed, regardless of the timing of AT&T’s throttling program.

“The FTC now lacks the authority to prosecute this case, whether based on past, present, or future conduct,” AT&T argues. “Changes to jurisdiction take immediate effect.”

AT&T adds that the FCC intends to address throttling by allowing companies to use “reasonable network management” practices, but will monitor how companies apply those practices to subscribers who pay for unlimited data.

Chen directed the FTC to respond to AT&T’s latest argument by Tuesday. 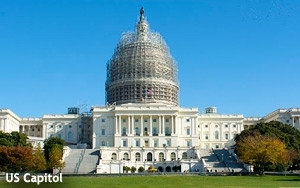 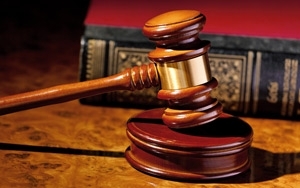 Facebook Is Up To 10 Million Active Advertisers, But Zuck Says He Fears For The Future Of Personalized Advertising