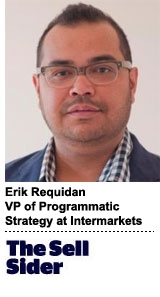 For many, the news has not brought much joy in the last year; it seems to have brought more controversy than ever before.

That’s created a conundrum for advertisers and publishers alike. Advertisers, in particular, don’t like controversy. They don’t like the threat of a boycott because an ad from their massive programmatic buy turned up on right-leaning sites.

Advertisers in the past have paid to have their products appear in newspapers, magazines, on the radio and on prime-time TV, regardless of the headlines. What’s different now is the media and the technology that drives it. In decades past, there were a handful of TV networks that accepted ads, fewer than 50 major daily newspapers, radio, magazines and, of course, no internet. Advertisers had limited options.

So while today’s social and political environment may feel unsafe, advertisers have more control than they’ve ever had before. The consequences may seem harsher because they’re no longer speaking into the void – consumers actually respond, sometimes loudly, to ads and where they appear.

Our opinions aren’t always tied to the content we consume. We touch our phones more than 2,000 times per day, it’s clear that we can’t possibly have opinions about everything we are exposed to. Many readers haven’t made up their minds about particular issues.

Should advertisers be so gun-shy?

There are a few reasons why I think they shouldn’t. The most important one is that when advertisers choose to target away from content they view as uncomfortable or controversial, they’re choosing a side. They’re injecting their emotions and personal views into what should be a fairly scientific decision around targeting prospective customers. When they choose a side, they can alienate prospective customers.

They could argue that their customers tend to be liberal or centrist or conservative, but if it’s a major CPG, it’s likely that it can’t say that with conviction. Everybody, including Republicans, Democrats and independents, buys paper towels, soup and the occasional two-liter bottle of soda.

Brands are very good at understanding where their audiences and potential customers are. So why limit themselves to just those audiences they know? Don’t they want to prospect and find potential customers who might be willing to switch their brand? If they’re only reaching out to and engaging people they know, they’re limiting your growth potential. So, why not try to convert people they don’t know?

That’s how you drive incremental revenue: prospecting and looking for customers in new and unfamiliar places. Discovering new audiences is a powerful way to move the needle.

Consider too that there’s no guarantee an ad will perform better if it’s contextually perfect. An ad for diapers won’t necessarily drive more sales if it’s adjacent to an article about baby’s first year. Amazon runs ads anywhere – wherever the user goes, so goes the ad. It is obviously growing revenue without making emotional decisions about the context against which those ads appear. It capitalizes on going into those unfamiliar areas because that’s where its prospects have gone.

Publishers need to work with partners to unlock, unblock and activate paused efforts. A block for four days at $6,000 per day, for example, represents $24,000 in lost opportunities. Publishers can also leverage private marketplaces on sites with specific instructions.

How frequently are publishers communicating with agency buyers and exchanges? If publishers don’t talk with buyers regularly, they won’t know what is specifically being blocking. Could it be words such as “war,” “Clinton” or “Bitcoin”? Since buyers rarely share what they want to block or whether a site is being blocked, publishers need to examine their reporting regularly to stay abreast of campaigns that may have been paused.

At the end of the day, no one goes online looking for ads. They do, however, go online looking for content – and a lot of what they’re consuming today is news. For better or for worse, news sites are where consumers are spending time online, so why wouldn’t brands want their ads to be there, too? 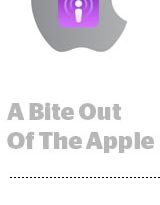 December 15, 2017 Programmatic Comments Off on What Apple’s Analytics Tool Means For Podcast Publishers 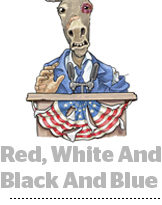 November 5, 2018 Programmatic Comments Off on Liberal Ad Tech Agonizes Over The Question: Did Democrats Miss On Digital Media Again?