AdColony further trimmed its executive ranks this week in an effort to streamline the business and get to profitability.

The mobile video ad network did away with at least five senior and mid-level roles in North America.

AdColony’s former VP of performance, Tim O’Neil, who joined AdColony less than a year ago, was let go on Monday after his position was eliminated.

AdExchanger learned than several positions related to growth, publisher biz dev, marketing and product management for AdColony’s software development kit are likely being cut as well. On top of that, the company lost a number of ad and programmatic sales people over the past year to greener pastures at Ogury, Unity, King and Spotify.

AdColony denied it’s scaling down in preparation for a sale.

Instead, the company said the moves are part of a plan to rightsize on its path to profitability. It also said that it is not moving away from its performance and app-install business. Though down 40% year on year in Q4 2017, performance was still responsible for around 38% of AdColony’s overall business.

AdColony was not profitable in 2017. But its parent company, Norwegian software developer Otello, formerly called Opera Software, had $86 million in cash on the books at the end of last year and no debt. During its fourth-quarter earnings call in February, Otello said it expects AdColony to be profitable in 2018 on an adjusted EBITDA basis.

Downsizing is one way to get there, and this latest smattering of layoffs adds to the more severe reductions between the summer and autumn, when AdColony cut more than 35% of its workforce in two waves of layoffs – 120 or so in July and then 125 in November along with the shutdown of its legacy ad server AdMarvel. The overall headcount today stands at roughly 400.

The newest round of layoffs appears to have hit more senior staff, including O’Neil.

“There have been a lot of changes at the leadership level,” acknowledged AdColony Chief Operating Officer Şekip Can Gökalp, who replaced former COO Bryan Buskas when he left in mid-March. “We want to grow the company, and fast, and the most recent changes are purely down to cost savings. We want to be a leaner organization that can act fast.”

The whittling of AdColony’s headcount is about getting in the black, Gökalp said, though he claimed the company also has more than 20 open positions it’s looking to fill.

But a permanent CEO is not one of them.

Gökalp and other members of AdColony’s remaining C-suite report directly to Otello CEO Lars Boilesen. Boilesen now performs the duties of AdColony’s CEO after its former one, Will Kassoy, was summarily dismissed in light of consistent dips in revenue.

“These changes are being made in the normal course of business for us in order to make the company more efficient and most customer-centric,” Gökalp insisted. “We are making some organizational changes to streamline the business and adapt to the market, which has changed significantly over the past year or two.”

Andrew Dubatowka, a product marketing exec who’s been with AdColony for a little over four years, expanded Monday to include responsibility for AdColony’s North American performance business, including go-to-market strategy and driving game-related app-install revenue.

Dubatowka denied that AdColony is moving away from its performance business: “We’re hoping to double down as much as we can and make strategic moves in this area.”

The most important of those strategic moves is a belated embrace of programmatic, including mobile header-bidding-like technology.

AdColony’s fourth-quarter 2017 revenue was $84.9 million, down 34% year over year. Performance revenue was down 40% compared to last year in light of continued supply competition from mediation platforms, slower-than-expected adoption of AdColony’s SDK and muted demand for new ad formats, including playables. 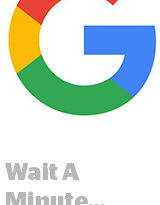 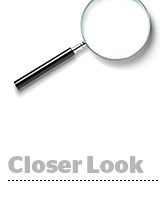 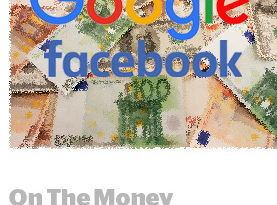 Magna: Global Ad Spend Is Set For Monster Growth In 2018 (Google, Facebook: ‘We’ll Take That, Thanks’)

June 18, 2018 Programmatic Comments Off on Magna: Global Ad Spend Is Set For Monster Growth In 2018 (Google, Facebook: ‘We’ll Take That, Thanks’)