Header bidding-like tech is starting to pick up steam on mobile, but it’s still mostly SDK-based, which brings added latency along with the revenue bump.

When a user opens an app, the app sends a request for an ad to PubNative, which runs a unified auction between all of its third-party open exchange partners. This happens pre-bid, so there’s no slowdown in the user’s experience.

The winning bid and ad are sent back to the HyBid SDK to compete with price transparency against the exchanges and networks integrated into the publisher’s SDK, including the walled gardens that once sat atop most waterfalls, such as MoPub or Google’s AdMob.

PubNative enriches bids with the publisher’s first-party and CRM data, which it can also use to predict price floors and create audience segments.

PubNative also introduced Thursday the ability to perform cross-platform creative optimization between formats, selecting whatever is most likely to yield the best price for the publisher, whether that be native, display or video.

For publishers like messaging app TextNow that monetize primarily with advertising, getting the best CPMs for their inventory is critical – but not always easy.

“Four or five years ago, you had a lot of little shops running around essentially just trying to be another step in the chain and make money,” said Chas Castell, VP of revenue operations at TextNow, which has more than 13.5 million monthly active users. “They would play the arbitrage game and they give you the runaround.”

TextNow is diligent about testing partners – it experiments with a couple of new potential partners nearly every week – and no one gets into its waterfall without being properly vetted.

But Castell also knew TextNow was missing out on revenue by not leveling the competitive field and introducing RTB. In December, TextNow started testing PubNative as it would any other partner, but it quickly rose to the top of TextNow’s partner list with a steady flow of demand and high CPMs.

Today, PubNative is TextNow’s fourth-largest monetization partner behind the usual suspects, such as Google and MoPub. In the first three months of working together, TextNow saw a six-digit uplift in overall revenue and a 3.5% uplift in April alone.

The server-to-server connection to DSPs is particularly appealing, because it lets TextNow monetize without fear that its efforts to get the best price for an ad will negatively affect its users.

“There are some partners that can take two or even three seconds to get a response from a DSP, and then that ad opportunity might ultimately time out,” Castell said.

TextNow is pleased with its unified auction revenue bump, but it’s also not completely chucking its waterfall just yet. It’s keeping some supply for mediation.

“The waterfall is being eroded by header bidding, but we don’t know exactly how things are going to shake out, so we’re all hedging our bets,” Castell said. “We’re adding things like header bidding that bypass the waterfall, but we’re also using the traditional waterfall. We think of this as just adding more swim lanes to how we’re evaluating networks and advertisers.” 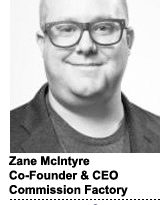 The Problem With Metrics

October 6, 2017 Programmatic Comments Off on The Problem With Metrics 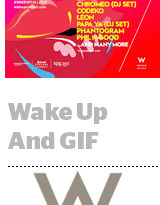 W Hotels Wakes Up To The Power Of The GIF

October 1, 2018 Programmatic Comments Off on W Hotels Wakes Up To The Power Of The GIF 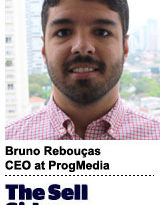 Why Do Publishers Still Have Fragmented Sales Teams?

August 16, 2017 Programmatic Comments Off on Why Do Publishers Still Have Fragmented Sales Teams?