Roku is reaping the benefits of cord cutting.

The connected TV platform’s revenues grew 51% year over year in Q1 to $206.7 million. Roku surpassed Samsung as the number one smart TV OS in the United States, where more than one in three smart TVs sold had Roku software embedded, said CEO Anthony Wood on the earnings call Wednesday.

Roku added 2 million accounts in the quarter, bringing its total to 29.1 million. Streaming hours were up 1.6 billion over last quarter to 8.9 billion hours total, with Roku users streaming more content on the platform last quarter than all of 2017.

“In less than five years, the Roku TV has gone from a disruptive idea to the market leader,” Wood said.

“Promises made around the reduction of ad loads, new ad capabilities, new targeting capabilities just aren’t happening in linear TV like the buying community would like to see,” he said. “So, advertisers are getting very direct about their intent to move money out of linear in OTT.”

Despite the rosy quarter, investors were wary of new streaming competition from companies like Disney, Apple and Viacom (via Pluto TV). Today, Roku splits revenue with ad-supported video on demand services on its platform, but those agreements could change as players with more negotiating leverage enter the fray.

And Roku’s own AVOD service, The Roku Channel, could eventually compete for ad dollars with other services on its platform.

More content on Roku, Wood said, will drive viewing on the platform and push more ad dollars into streaming – which is good for Roku. Wood added that content owners are also using Roku’s audience development tools to promote their shows and increase engagement on its platform.

At the end of the day, Roku’s real competition is linear TV, he said: “Our goal is to move as much television advertising as we can from linear TV to streaming.” 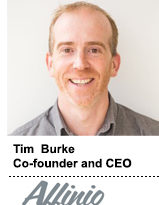 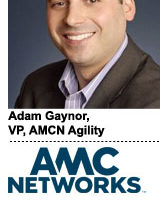 Why AMC Networks Is Building A Data-Driven Sales Team

April 2, 2018 Programmatic Comments Off on Why AMC Networks Is Building A Data-Driven Sales Team 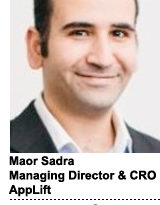 There Are No Organic App Downloads

August 7, 2018 Programmatic Comments Off on There Are No Organic App Downloads