Simulmedia, one of the OGs of data-driven TV, raised $29 million in Series E funding Wednesday.

The funding will go toward research and development as Simulmedia connects to more inventory sources beyond national linear advertising, including local advertising and OTT from authenticated apps from broadcast and cable companies. The cash will also put the profitable company in a stronger position in a fast-growing market.

“We know there is more competition coming,” said Simulmedia CEO Dave Morgan. “Every major digital platform needs to find a way to get into the TV ad ecosystem.”

While its digital competitors, including Xandr and The Trade Desk, adapt their DSPs to buy connected TV inventory, Simulmedia is keeping its focus on data-driven linear.

“Our marketplace operates as a DSP for linear TV and OTT. We’re already there,” Morgan said, meaning buyers can already activate, optimize and measure campaigns on its platform. Instead of competing with CTV DSPs, it wants its platform to be complementary.

Simulmedia is staying the course because linear is where the TV ad dollars reside, Morgan said. Linear comprises the vast majority of the nearly $80 billion TV market, so it makes sense to focus on linear TV even though he expects it to decline over the next five to 10 years.

Where Simulmedia is adding OTT in addition to linear, it’s focusing on trusted inventory from its linear TV partners, including authenticated apps.

Simulmedia is also adding local TV inventory back to its mix. For the first five years of its decade in the market, Simulmedia included local inventory. But it focused on optimizing national linear buys for the past five years because its national-focused advertisers preferred buying there, Morgan said.

The entrance of DTC brands to the TV market changed what its customers prefer. Simulmedia created D2Cx.com in November 2018 and included an option to buy local ads there. The self-serve platform for brands focuses on smaller budgets and the need to buy inventory that drives conversions.

For DTC brands, buying in local markets not only fits their smaller budgets, it helps prove out TV attribution. If ads aired in Atlanta lead to more products shipped to more customers in Atlanta, they’ll know TV works. Improving analytics for DTC brands buying linear is on Simulmedia’s road map.

Simulmedia’s existing investors, including Union Square Ventures and WarnerMedia, contributed to Wednesday’s round. Although WarnerMedia’s sister company Xandr created its own video-focused DSP, Xandr Ignite, Morgan said that the two companies are not competitive with each other.

WarnerMedia sells inventory to Simulmedia’s customers and is also a customer. Plus, its DSP also only handles digital, digital video and addressable – at least for now, Morgan said.

More growth is ahead, Morgan predicted. On the heels of making its business completely transparent in terms of media, data and tech costs, business has grown substantially. Simulmedia doubled its business year over year with the same size team and cost structure.

“That’s a product of a software-driven business,” he said. 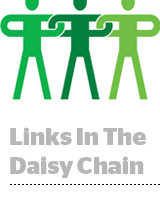 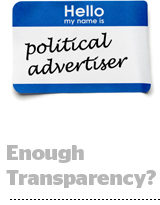 October 30, 2017 Programmatic Comments Off on Self-Disclosure May Not Be Enough When It Comes to Online Political Ads 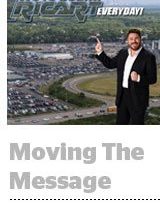