Adjust raised $227 million in funding – and there’s no need to adjust your screen on the amount.

Previously, Adjust raised modest Series A, B and C rounds between 2013 and 2014 totaling around $30 million.

The mobile advertising opportunity, which includes attribution, has grown rapidly, but with a handful of smaller players such as AppsFlyer, Kochava and of course Adjust all vying for dominance, consolidation is necessary, said Adjust CEO and co-founder Christian Henschel.

App marketers spend something like 30% of their day dealing with repetitive tasks across platforms and logging in and out of different systems, and it’s a drag.

Adjust made two acquisitions over the last year to try to centralize some of those processes: data aggregation platform Acquired.io and bot detection solution Unbotify.

Henschel didn’t rule out the potential for additional acquisitions next year, perhaps related to brand measurement, cybersecurity or business intelligence.

Or it could try to snap up a competitor. Most apps have a measurement SDK embedded, so one of the only ways to gain market share at this point is to steal it from a competitor.

But Henshel demurred on whether Adjust plans to make bids on its rivals.

“We just want the money sitting in our bank account so we can move fast when we need it,” he said. “It’s important to have that option.”

Adjust has grown 785% on iOS and 2,306% on Google Play between 2015 and the beginning of this year, according to independent numbers from app analytics and intel platform Apptopia. More than 25,000 apps have the Adjust SDK installed across both main app stores, including Pinterest, Spotify, SoundCloud, Zynga and PayPal.

For now, Adjust will focus on investing in its two R&D hubs in Tel Aviv and Berlin, and hiring as many developers, engineers and data scientists as possible. Headcount was 150 last year, is around 350 today, should reach 500 by the end of the year and is on track to top 600 in 2020.

Adjust is also planning to expand in the United States and APAC, particularly China and Southeast Asia. It recently opened an office in Singapore.

The company has been profitable since 2015 and operates on a monthly subscription model with long-term contracts rather than taking a cut of media spend, a business model that was appealing to investors, said Henschel, who declined to comment on the structure of the new investment.

“We’ve been thinking a lot about what we want to build in the future, and for us, the underlying theme has been creating marketing technology and software that makes the life of a marketer safer, easier and less complicated,” Henschel said. “We’re sticking to our measurement roots, but we’re also making a bit of a consolidation play.” 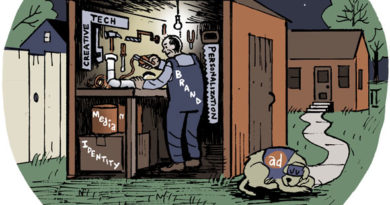 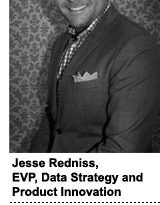 The Data Strategist Is In: Jesse Redniss Plots Turner’s Future

June 20, 2018 Programmatic Comments Off on The Data Strategist Is In: Jesse Redniss Plots Turner’s Future 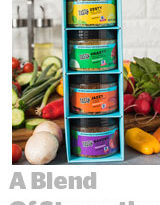 BuzzFeed And McCormick Created A Spice Blend For Millennials Together

March 27, 2019 Programmatic Comments Off on BuzzFeed And McCormick Created A Spice Blend For Millennials Together