Wednesday was a big day for hybrid ad tech/publisher businesses. TheStreet, a stock market news site, was acquired by Maven for $16.5 million. Read the release. Maven was founded by ad industry vets after doing a reverse recapitalization of a public shell company. But Maven needs to increase users and impressions so the platform can attract other media companies. And the quickest way to do that is to buy publishers. Venture capital-backed companies are taking a similar approach (though with looser purse strings). Minute Media, known mostly as a sports social publisher, announced a $40 million investment, bringing its total to $120 million. Read the release. That’s a hefty number for a startup sports news company. Part of what Minute Media’s backers like is that it makes a third of its revenue from ad tech and influencer marketing software subscriptions.

Facebook said the number of users tuning into Watch on a monthly basis has doubled since December 2018 to 720 million. The platform rakes in 140 million daily viewers who watch at least one minute per day, up from 75 million people in December. And it has added new content partnerships with international networks, like “The Voice Germany,” “Germany’s Next Topmodel” and highlights from the Cricket World Cup. Next it will add more original shows in a bid to compete with YouTube. But Facebook, already under regulatory scrutiny, will have to be wary of extremism, depravity and otherwise brand-unsavory content common in user generated videos as it wades deeper into YouTube territory, Reuters reports. More. Related: Facebook’s CFO David Wehner said adding a clear history capability, set to launch in 2019, will have a negative impact on its ad business. “Privacy is a headwind for us in 2019,” he said. Variety has more on that.

Private equity firm KKR will acquire Axel Springer, the German media network and parent to Insider Inc., in a transaction that values the publisher at about $7.7 billion. That’s a hefty 40% premium on its market cap. Read the release. As the largest digital news publisher in Europe, Axel Springer has played an outsized role in programmatic. It ditched the Google supply-side platform in 2016, over Google’s restrictions on audience and ad server data. It has also been the key publishing industry backer of the IAB’s Transparency and Consent Framework, the Google alternative for consent-based advertising under GDPR. 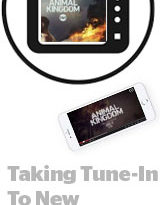 July 6, 2017 Programmatic Comments Off on How Data Is Disrupting TV Tune-In Marketing 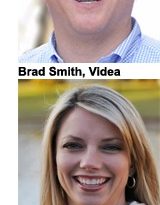 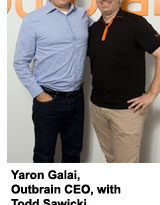