AdColony will lay off more than 20% of its workforce and exit the mediation and ad-serving game in a bid to focus its business on programmatic.

The mobile video ad company said Monday that it will shutter most of AdMarvel, the mobile ad tech company it acquired in 2010. The ad exchange portion of AdMarvel will remain, however, and be integrated into the AdColony platform.

Roughly 125 people will lose their jobs in addition to the 100 people AdColony let go in July as the company slims down on the path to programmatic. The new headcount will be just over 400 people.

AdMarvel will continue to operate until May as AdColony works with its publisher partners to migrate off of the legacy tech.

The process is painful but necessary, said AdColony CEO Will Kassoy.

“My aim was to have a softer transition and bring everyone into our new business over time rather than having to let people go,” he said. “But advertisers aren’t looking to us for ad serving and mediation anymore, and as those areas have dried up, we haven’t been able to grow the core areas as fast as we’ve wanted to.”

Those core areas include a focus on performance advertising, scaling the company’s programmatic business and opening up more mobile video inventory.

One reason growth has been slow is that it’s still early days for programmatic video in mobile, in-app in particular. And that’s where AdColony sees opportunity, Kassoy said.

AdColony’s SDK is integrated into most of the top 1,000 apps, according to data from Metamarkets. That footprint acts as a conduit to a lot of direct video supply, including vertical video and proprietary AdColony video formats.

“Now we’re putting all of our resources into areas of future growth, into places where we can add value, and that’s video and the app-install market,” he said. “Programmatic is clearly how more and more advertisers want to do these transactions.”

Today, programmatic represents about 20% of AdColony’s revenue, but Kassoy is hoping the changes the company is making will help that number approach 50%.

It’s been a long and circuitous road for AdColony, which started life as a mobile ad network back in 2008.

Six years later, Norwegian software company Opera bought AdColony to support its mobile ad subsidiary, Opera Mediaworks. In February, a Chinese consortium almost bought Opera Mediaworks as part of a larger acquisition of the overall Opera business, but the deal fell apart and Opera Mediaworks was spun off into a separate independent company that, full-circle style, changed its name back to AdColony.

Over the years, Opera Mediaworks had acquired a hodgepodge of mobile ad tech, including AdMarvel, Mobile Theory, Apprupt, 4th Screen, Hunt Mobile Ads and Handster, and it became the newly incorporated AdColony’s plan under Kassoy to bring the disparate pieces together into one integrated platform.

But it became clear that jamming bits of technology together wasn’t the way forward.

“We realized while working on these integrations that some of these platforms were becoming less viable,” said Kassoy. Although AdMarvel was bringing in revenue, the overall business wasn’t positioned for growth.

And that meant making some tough decisions.

The need for mobile mediation “will start to go away” over the next few years as publishers demand more transparency in their transactions, he said, and ad serving is becoming a commodity. A lot of publishers are also taking their ad serving in-house.

“These are lines of business that were viable a few years ago and were profitable even in the last year,” Kassoy said. “But the technology just didn’t make sense to maintain.”

In Q2, AdColony revenue was down year over year, but up quarter over quarter. With its new playbook in place, it’s the company’s aim is to generate profitable quarters going forward and “start clean in 2018,” Kassoy said.

“We want to be the largest independent in-app mobile marketplace outside of social with high-quality demand and supply,” he said. “You can’t just be arbitraging media anymore.”

Silicon Valley Tech Is Spending More On Ads – Largely On Itself

March 21, 2019 Programmatic Comments Off on Silicon Valley Tech Is Spending More On Ads – Largely On Itself 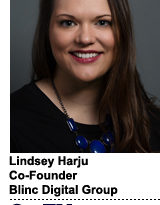 As ESports Viewership Soars, TV Leaders Must Get Off The Sidelines

April 18, 2019 Programmatic Comments Off on As ESports Viewership Soars, TV Leaders Must Get Off The Sidelines 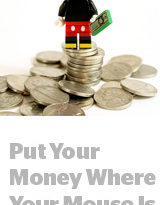 Disney Girds For The Streaming Wars With Its Checkbook

February 5, 2019 Programmatic Comments Off on Disney Girds For The Streaming Wars With Its Checkbook