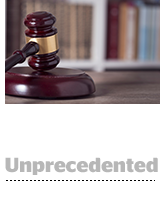 Germany’s top antitrust enforcer is going after Facebook with a new interpretation of competition law. According to German officials, Facebook is abusing its power as the dominant social media platform in the region, where it has more than 90% market share, to force users into letting it collect data from third parties, such as websites with Facebook “like” buttons. While the accusation won’t lead to an immediate fine, it could change the definition of competition law in the EU should it be upheld in court. “This is in the avant-garde – at or near the outer boundary of classic competition law,” Nicolas Petit, a professor of competition law at University of Liège in Belgium, told The Wall Street Journal. “The theory is quite uncharted.” More.

“The commoditization that’s come with everything being more machine-led has meant some clients have lost sense of how to build brand equity over time,” says David Pemsel, CEO of the UK’s Guardian Media Group, in a Q&A with Digiday. Pemsel also discusses the Guardian’s embrace of philanthropic revenue – in-article calls for funding akin to Wikipedia or PBS – which now drives 500,000 contributions per month. The news company isn’t against programmatic or subscriptions (it has both), but doesn’t see those revenue sources as long-term solutions to the costs of global investigative journalism in a new media environment. “There are some conventions derived from The New York Times that X percent of your regular readers are likely to become paying subscribers,” Pemsel says. “Over time, that will cap out. You’re then stuck with a finite number of paying subscribers.” More.

After two years of tough negotiations, YouTube signed long-term agreements with the two largest music labels, Universal Music and Sony Music Entertainment. The third major label, Warner Music, re-upped with YouTube in May. A source from Universal tells Bloomberg that the label will for the first time have control over what ad-supported channels can play certain music, including guarantees that some songs can be exclusively available in a paid subscription service Google will be developing. More.

It’s been a rocky road for Twitter in 2017, but as the year draws to a close, Twitter’s news is surprisingly good. The platform’s stock jumped 6% on Monday after an upgraded rating from JPMorgan. Why so? The investment bank cited improvements to Twitter’s video and live streaming offering as the top reason. Twitter also got a shot in the arm this week with the debut of its streaming news service, TicToc, in partnership with Bloomberg. In an investor’s note, JPMorgan’s analyst Doug Anmuth pointed to high hopes for user growth, something Twitter’s struggled with in the past quarter after agonizing quarter. If Twitter can hit Anmuth’s estimate of 10% DAU growth next year and grow ad revenue, which Anmuth is also counting on, 2018 could be a whole different ballgame for this bird. It also never hurts to kick out the haters. Twitter conducted a purge of white nationalist-affiliated accounts this week as part of an ongoing effort to crack down on content that promotes violence. 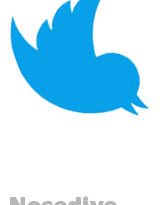 July 27, 2017 Programmatic Comments Off on User Counts And Revenue Tumble At Twitter 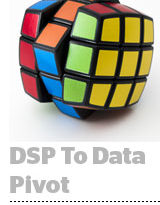 Dstillery Shuts Down DSP And Becomes A Data Company

July 23, 2019 Programmatic Comments Off on Dstillery Shuts Down DSP And Becomes A Data Company 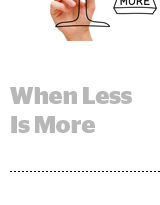 Four Reasons Why Agencies Are Working With Fewer DSPs

June 19, 2018 Programmatic Comments Off on Four Reasons Why Agencies Are Working With Fewer DSPs