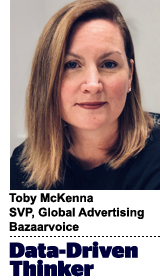 Thanks to today’s connected world, companies are sitting on vast amounts of consumer data. Whenever consumers make a purchase, use social media, hail a car through a ride-share app or interact with their Google Home, the company on the other end is collecting their demographic and behavioral information.

At first blush, this might sound invasive, but research shows that most consumers are comfortable with companies collecting personal data, as long as it “leads to products and services that make their lives easier and more entertaining, educate them and save them money.”

In the last few years, brands have found creative ways to make consumer data work for them. Whether it’s informing marketing strategy or retail experience, customer data is the new gold standard. Here are my picks for brands that made big bets on customer data in 2017.

When it comes to data-driven innovation and campaigns, Spotify is the brand to beat. Take the Discover Weekly playlist as an example. It captures the same spirit of users’ listening preferences as if it were a mixtape made by a good friend. Spotify also just released its annual Wrapped feature, which gives listeners a personalized breakdown of how they have listened to music over the last year, including total minutes, top artists and new music recommendations based on listening history.

While these products focus on individual experiences, Spotify has also used customer data for shared experiences. Last December, Spotify ran its first user-insights-based advertising campaign. Just a couple of weeks ago, the campaign’s second run popped up in major cities across the world, with a focus on New Year’s resolutions.

With this campaign, the marketing team tried to humanize listener data by asking: “What’s going on in people’s lives that they are amplifying with music? What do we believe people are feeling? What do we think are the major stories – music stories, culture stories? And then, can we find truth of our beliefs?”

Spotify does an exceptional job at providing entertainment in exchange for customer data. It successfully taps into the inherent emotional connection we have with music and translates that into data-driven insights.

Lyft: The Slow And Steady Tortoise

While Lyft hasn’t rolled out any extravagant data-driven campaigns this year, it has always been a great example of using data to personalize experiences. The company does rigorous A/B testing to match marketing tactics to specific user profiles. Customer emails often reflect their location and riding history.

The Lyftie Awards was a similarly personalized campaign. Similar to Spotify, Lyft produces an end-of-year recap of where their users traveled most frequently, including popular bars or top venues, for individual cities. Since businesses can often feel like massive, impersonal entities, these types of campaigns help consumers connect with brands.

While these efforts aren’t new for Lyft, they mattered this year even more in the wake of rival Uber’s continued public relations disasters. The strategic data long game Lyft is playing creates a huge opportunity to steal market share in the coming year and beyond.

Foursquare: The Quiet Data Mine

Compared to other major social platforms, Foursquare doesn’t make much noise. As of March, it had 50 million monthly users, compared to Facebook’s 2 billion. But where Facebook has more users and data points, Foursquare has significantly more accurate location data. This data mine is so valuable that it is used by partners like Apple, Snapchat, Microsoft, Twitter, Pinterest and around 100,000 other developers, according to Fast Company.

Beyond this, the location intelligence company used its data to insert itself into a major industry conversation. Following Amazon’s acquisition of Whole Foods and Walmart’s acquisition of Bonobos this year, many speculated wildly on subsequent brand purchases by either retail giant. Foursquare analyzed 2.5 million users’ foot traffic to predict which brands Amazon and Walmart might acquire next.

Foursquare didn’t run a major campaign around this data. A straightforward Medium post from the CEO was enough to generate significant press around its customer-data-driven predictions. In this case, the data speaks for itself.

In June, Nike announced its “Consumer Direct Offense,” a strategy to drive growth through one-to-one personal connections with consumers. This marked a turning point for the brand, which has traditionally relied on other retailers to distribute its products.

Nike decided to invest in its owned properties, such as mobile apps, ecommerce and brick-and-mortar stores, to get closer to consumers. In doing so, Nike spent much of 2017 dabbling in experiential retail, where tech, retail and storytelling collide to provide shoppers with a unique personal experience.

Nike has always excelled at the mobile app game. Last year, it revamped its Nike+ Run Club app to be an entirely personalized fitness experience. This year, Nike took personalization to the sneakerhead world with SNKRS, a mobile app that announces limited sneaker releases to app users who can unlock the often location-based secret sneaker drops. These “high-tech scavenger hunts” have sneaker aficionados lining up around the block.

While the SNKRS app targets a specific audience, Nike has opened multiple brick-and-mortar outposts and pop-ups that give the general public a personalized experience. Whether it is testing products on the in-store basketball court at its NYC Soho store or taking one-of-a-kind sneakers from design to ready to wear in less than two hours at the Nike Makers’ Experience, live, personalized customer experiences were at the forefront of Nike’s 2017 brick-and-mortar strategy.

Customer data is the foundation of these efforts. A top brand doesn’t adjust its strategy and double down on experiential retail without data to back it up. Customer data informs what products and experiences go where and when. The jury is still out on whether this new strategy will pay off for Nike, which has Adidas, Under Armour and luxury athletic apparel brands at its heels.

The subscription apparel service matches customers with personalized clothing, shoes and accessories. It combines data science with human stylists to curate items, which are shipped to customers to try on before they decide which to purchase.

“The concept has always been personalization,” says Stitch Fix CEO Katrina Lake. “There are millions and millions of products out there. You can look at eBay and Amazon. You can look at every product on the planet, but trying to figure out which one is best for you is really the challenge.”

Stitch Fix has accumulated enough data about customers’ fashion preferences to inform design. Its algorithms can track popular item traits and identify inventory gaps. The company and its design initiative called Hybrid Design is trying to create an “all-star team” of fashion items.

The online retailer just went public in November in the first tech IPO led by a woman this year. The startup still has an uphill battle against Amazon and other subscription services, but Stitch Fix is just beginning to reveal its plans for its customer data.

Every business is collecting data on its customers. The best ones have figured out ways to make that exchange less transactional and more beneficial for the customer. This is only the beginning of how customer data can inform marketing, advertising and retail – 2018 will be an exciting time to be a consumer. 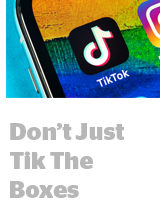 All About TikTok: An Advertiser’s Guide To The Fast-Growing Video App

July 24, 2019 Programmatic Comments Off on All About TikTok: An Advertiser’s Guide To The Fast-Growing Video App

Media-Buying Strategies Must Adapt In Times Of Crisis

The Industry’s OTT Investments Will Help All Digital Publishers, Even Those Without TV Assets

May 10, 2019 Programmatic Comments Off on The Industry’s OTT Investments Will Help All Digital Publishers, Even Those Without TV Assets