Ad tech companies grew roughly five times faster than the digital advertising market from 2010 to 2016, according to an ad spend forecast released by Zenith on Monday.

The ad tech sector is still pretty nascent, said Jonathan Barnard, head of forecasting at Zenith, but as it matures, its growth rate won’t sustain. Still, ad tech’s rapid growth has forced more advertiser budgets into the hands of vendors rather than toward buying actual media, he said.

“I suspect the disparity will look lessened over the next few years because these companies have started to mature,” he said, “but it’s still a case that a lot of money is going toward tech companies rather than media.”

Despite the ad tech tax, the advertising industry saw its highest growth since 2011 according to Zenith and Magna, which released its own ad spend forecast last week.

Zenith, which forecasted 4.1% growth for the overall ad market in December, raised that number to 4.6% at $579 billion. That growth rate will slow as the digital advertising industry matures and scales, but continue through 2020, when global ad spend will grow 4.3%, or by $77 billion

Magna’s forecast, which measures the ad market in terms of media owner saies, raised its 2018 forecast to 5.5% growth to $197 billion.

“It took almost eight years for the US advertising market to catch up with the 2008 pre-recession level,” said Vincent Letang, EVP of global market intelligence at Magna.

After finally surpassing TV advertising in 2017, digital advertising will control half of all ad dollars this year, Magna predicted. Zenith predicts digital will take 40% of ad dollars.

Digital is driving virtually all growth in the global ad market. Zenith forecasted that digital advertising will grow 10% every year through 2020, and Magna predicted digital will reach $141 billion by 2022.

“Clients are massively shifting the way they think about marketing and communications to individuals, and paid digital advertising is a huge part of that,” he said.

But as digital matures, it’s growth will slow. Magna predicted digital will grow just 8% by 2020.

“Now that it’s reaching 50% of every ad dollar, it has to slow down because big brands are becoming more careful of what they spend on digital in terms of volume and ROI,” Barnard said.

Within digital, online video and social media – and a hybrid “social video” – is driving growth.

Mobile drives the majority of digital video and social media ad consumption, so mobile ad spend will grow an average of 19% for the next three years to hit $180 billion, Zenith said. Magna said mobile will reach $117 billion by 2020.

“Advertisers don’t care whether someone views their ad on mobile or desktop, so the mobile-desktop distinction is becoming less of a concern,” Barnard said. “It’s becoming almost academic.”

As mobile grows, desktop advertising will decline by $2 billion, or by 1% per year until 2020, while mobile reaches double the size of the desktop market. And as mobile becomes the preferred vehicle for advertising, banner display advertising will shrink by 17%, Magna predicts.

“As a format, banners are simply not so popular,” Letang said. “The supply is shrinking and the pricing is not great. Now the bulk of programmatic is native and auto-play video.”

And digital audio slowed to 4% from 20% just two or three years ago as major players like Pandora and Spotify adopt subscription models, Letang said.

“It seems that digital audio might go the same route as digital video, with a growing proportion being subscription-funded as opposed to advertising-funded,” he said.

TV declines as advertisers slash budgets or move to digital

While verticals like technology, retail and finance shift their ad dollars to digital, industries including CPG, pharma and movies and entertainment are remaining loyal to TV.

But that doesn’t really help networks, Letang said, because those verticals supporting TV continue to slash their ad budgets. To offset declines, TV networks have increased their prices by about 10% every year for the past three or four years.

“It’s not great to become too reliant on a few sectors,” he said. “We’re not seeing a terminal decline like print is experiencing, but we don’t see it coming back to growth for some time.”

As for other traditional media, print fell by 15% in 2017, while radio fell by 2%, Magna said. Out-of-home grew 1% as it pivots to more digital inventory.

Traditional print publishers are ramping up their digital ad sales, which now account for 28% of their total revenues, according to Magna. But that’s still not enough to offset their declines in print. Combining the print and digital ad revenues for legacy publishers leaves them with an 11% decrease in total ad revenue for 2017.

A Decade Of Marketing Inefficiency Is Being Laid Bare 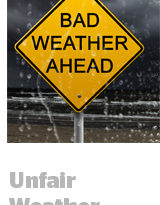 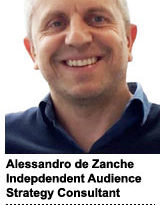 GDPR And Consent: Calm Before The Storm?

September 21, 2018 Programmatic Comments Off on GDPR And Consent: Calm Before The Storm?