Oscar Garza, EVP of media activation at Essence, will speak at AdExchanger’s upcoming Programmatic IO conference on April 10-11 at the Marriott Marquis in San Francisco.

Brands concerned about brand safety, transparency and media budget control are sweetening to the idea of taking programmatic in-house.

“Getting someone to buy a keyword and optimize to a CPC is rather trivial, but understanding the impact of different bidding methods requires analytics or data strategy,” he said. “That’s a mistake that I’ve made leading in-house media teams in my career.”

Still, clients and prospects consistently want to talk about bringing programmatic in-house, Garza said. When that happens, Essence launches a consulting project to aid them with timelines and operations.

But not before setting expectations.

“Understand what you’re capable of and what your limits are,” he said. “Have a hybrid approach so you can leverage the agency’s breadth of talent and knowledge of other industries and campaigns, as well as to load balance your resources.”

“I think we’ll have a swing toward in-housing, advertisers will understand how hard it is and they’ll come back and have a better understanding of the value an agency provides,” he said.

Garza spoke with AdExchanger about in-housing and his remit at Essence as the agency expands into traditional channels.

AdExchanger: What’s the biggest misconception among brands who want to bring programmatic in-house?

OSCAR GARZA: Buying impressions is not hard, but valuing impressions is difficult and understanding where we’ve had an impact is difficult. Where we’re investing in teams like data strategy and analytics, brands are saying, “I have a couple of people who can operate a DSP and I’m good to go.”

How do conversations about in-housing start?

The advice I give is, you approach an agency for help with something you can’t do yourself. If you think you can do media buying in one of those channels yourself, then go for it.

As an agency, how do you give clients an unbiased answer around in-housing?

We give clients an evaluation framework. If you can do this better than we can, go for it. If you want to do it on a project basis rather than a retainer or commission, we’ll help you.

We propose to some clients to actually pitch it away from Essence. If this is a function you want to do, you should win it away in review the same way you would for anything else.

Do you feel like the programmatic in-housing conversation devalues Essence as an agency?

If you are exclusively doing media buying in platform-based channels, then the value you would provide will be mitigated, 100%.

We’re looking to drive value much further up the campaign process. It’s strategy: understanding the consumer and the audiences, the moments that they would be exposed to advertising and the messaging. It’s data strategy: What data sources can we employ to find consumers in an addressable way? And it’s business planning: Previous to the brief, what is the client thinking about?

What does Essence do in TV today?

Connected TV more closely resembles a computer, which we’re very comfortable with. It’s still one-to-many, but it’s easier for us to identify that device. VOD is the next easiest place to identify an individual or household.

And as MVPDs reveal more information, were comfortable using that data. If you’re watching Channel 4, that’s going to be hard. But there are techniques to draw that data out and understand that consumer.

The addressable opportunity in TV is still rather low, but some of that technology exists, and there’s a fervor in our end of the industry to see that grow. We’re hoping that the powers that be help us expose that data or adopt ad serving that allows us to better capture it. Understanding the identity of that device or individual and merging it with mobile devices or cookies is the key.

What areas of ad tech are ripe for consolidation or disruption?

Our approach to creative has been so woefully behind the advances in technology, data and media. Essence is giving a lot of thought to how we advance technology and uses of data there.

In a lot of cases, platforms out there are lacking, so we build either complementary or central technology that compensates for that.

CMOs are coming to terms with how valuable less than 60-second creative is. It’s not about driving people to the store with one ad, but how we augment that with other channels and hit consumers in the moments that are necessary.

What else are you building?

The platforms have grown tremendously over the last couple of years. They’ve added brand safety controls and frequency controls. Those are different integration points. That means my team has to spend another minute, five minutes or an hour in those platforms. That’s not worth any more compensation. We have to find ways to mitigate the time we’re spending. 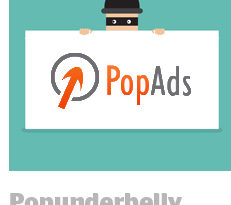 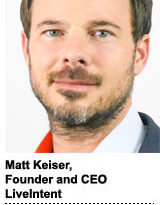 Will Amazon Buy A Consultancy Or Will Consultancies Learn From Amazon?

October 18, 2017 Programmatic Comments Off on Will Amazon Buy A Consultancy Or Will Consultancies Learn From Amazon? 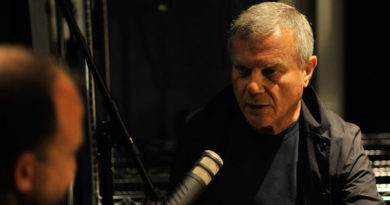