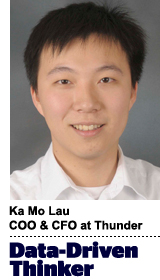 The agency industry has had an identity crisis in recent years in the wake of digital media’s disruption. The separation of media from creative has been increasingly questioned. Global brands have begun demanding that holding companies stock their agency teams with media and creative groups and dedicated data and analytics teams. Holding companies are calling for radical change to become more collaborative, integrated and data-driven organizations because their clients expect it now.

But what if this agency of the future already existed but was just ahead of its time?

CRM agencies may be the model future agency but they’ve been around for some time. Originally known as direct-marketing agencies, they focused on performance advertising by delivering targeted mail and other media and measured the efficacy of the buy. Now they manage email databases, customer loyalty programs and anything tied to the customer record. They provide creative and media practices based on the CRM.

What is behind their resurgence? If digital media ate traditional media, people-based marketing is now eating traditional digital marketing.

All marketing, including digital, had been largely channel-based in planning and execution. A channel represented audience reach, and agencies and brands organized themselves around it in email teams, for example, or TV teams. Media planning was largely a channel- and placement-based exercise. But the advent of programmatic has ushered in server-to-server matching of audiences across media like display, video and social, which is the basis of people-based marketing.

It was only a matter of time before we went from whole audience segment precision to user-level accuracy to get to maximum efficiency and targeting. People-based marketing is about planning media and creative experiences based on known individuals and their multiple identities across platforms. Agencies are moving from media-based planning to audience-based planning as a result.

Under increased pressure to prove performance, agencies are also turning to people-based marketing for measurement. Agencies previously demonstrated their value through cheaper media rates via scale and negotiations or through inspiring creative works. The problem has become that cheaper media hasn’t always equated to better media in digital, which had suffered from questions around transparency and quality.

Sophisticated agencies and brands have always had a way to measure advertising impact: media-mix modeling, a top-down model that looked at channel spend over time to compare against changes in sales. Holding back advertising in a region or channel and then looking at the sales impact was a blunt but effective instrument. However, that strategy required not spending money on advertising to figure out the impact of advertising, which is not the most appealing option for anyone whose livelihood is built around advertising.

Now because multiple systems can sync a person’s IDs, advertisers can figure out the actual contribution of media and creative to an individual outcome. With persistent IDs now underpinning converged media and creative planning, the arbiters of success may well end up being the CRM agency.

Holding companies are beginning to recognize this important trend and invest accordingly. Across the board, holding companies are reporting growth in their CRM divisions. Dentsu bought Merkle, one of the largest CRM agencies, for $1.5 billion in late 2016. Omnicom announced this quarter that CRM was up 3.4% after reorganizing the group’s units into a consumer experience unit. This growth is against a backdrop of holding company revenue growth of 0% to negative.

CRM agencies are just a model of where people-based marketing is driving the industry. Of course, creative and media agencies will continue to evolve and likely take on the best elements of their CRM counterparts. Already, some forward-thinking agencies like Hearts & Science, under the leadership of Chief Data Officer Megan Pagliuca, have begun building an audience-based planning practice, as revealed in a recent interview.

As other agencies follow the lead of these trendsetters, the unified approach to media and creative seen in traditional CRM agencies will increasingly become the norm in digital media. Once a handful of analytics-driven agency teams empower their brands with unified planning informed by creative, format and publisher insights by audience, the level of sophistication demanded from other digital media agencies will increase as a result. 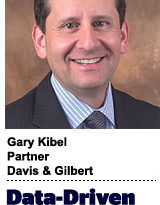 PII May No Longer Be The Third Rail Of Ad Tech

February 23, 2018 Programmatic Comments Off on PII May No Longer Be The Third Rail Of Ad Tech 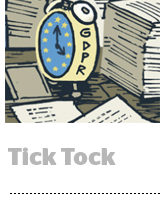 May 9, 2018 Programmatic Comments Off on Even Regulators Aren’t Ready For GDPR; YouTube Still Growing Like A Weed 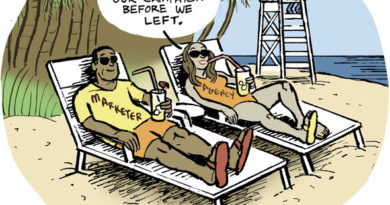