MoPub co-founder and former CEO Jim Payne is getting his next startup off the ground with MAX, a platform that helps mobile publishers sell programmatically.

The company launched Thursday following around six months of beta-testing with a $3.5 million seed round led by Payne’s investment fund, Breakpoint Capital, and a handful of angels. They include Brian Long, co-founder of TapCommerce, which sold to Twitter in 2014, the year after MoPub did the same.

Two of MAX’s publisher customers – casual game studios Miniclip and MobilityWare – are also participating in the round. It’s unusual for clients to pitch in on funding one of their vendors.

“But they’re just really excited about the concept of programmatic enablement and solving some of the problems that have been lingering in the mobile ecosystem for a long time,” Payne said.

MAX, which stands for mobile ad exchange, connects apps with programmatic demand and enables them to participate in unified auctions or take advantage of OpenRTB in other ways, like data-driven audience extension across their own properties.

When an ad request hits the MAX platform, its SDK simultaneously queries all of the possible buyers for a live bid. The highest bidder wins.

The in-app header bidding space – or, more accurately, parallel bidding, since apps don’t have headers – is heating up.

In January, MoPub started testing its own solution to ditch mediation in favor of programmatic bidding for all demand sources. AdMob followed suit with open bidding for apps in March, just around the same time Oath revamped its super auction tech for mobile ad network mediation.

Just like their desktop cohorts, mobile publishers and ad networks leave money on the table by sticking with the waterfall, said Dan Sack, CEO of MAX and another MoPub vet.

“By bringing all of the bidders into one room on mobile, publishers are able to drive up demand for their inventory,” Sack said. “Our platform allows publishers to work directly with as many key programmatic buyers as possible, including demand-side platforms.”

The direct connection is key, Sack said. Publishers increasingly want to bypass the exchange – and their fees – and go straight to a DSP, but the technical burden of the required programmatic pipes is prohibitive.

“There hasn’t been a mechanism for publishers to share their inventory in real time without giving up a substantial chunk of gross advertising spend to the exchange,” Sack said. “But the days of gigantic margins, hidden fees, buy-side fees and ad networks not exposing publisher fees – that’s all crashing down right now.”

At the same time, publishers don’t have to rip and replace anything in their existing stack to use the technology, said Payne, who acknowledged that the move toward a unified auction is “a work in progress.”

“We created this as a way to generate incremental revenue for publishers, and it can coexist with what they have already,” he said. “But over time, we expect that the lion’s share of publisher revenue will come through a fully unified publisher auction.”

MAX connects publishers with multiple sources of demand in an OpenRTB environment, and it makes its money by charging a SaaS platform fee.

Leveling the demand playing field also reduces the latency found in the waterfall, where pricing is based on the average historical eCPM, rather than what advertisers are willing to pay in the moment.

In a waterfall setup, ad requests move consecutively down a preset list of demand sources until the supply-side platform’s SDK finds a willing buyer. All that “ping-ponging back and forth takes time,” Sack said – sometimes up to a minute.

“It’s fairly well-known at this point that waterfalls cause latency that slows down ad serving, which means publishers are showing fewer impressions,” he said. “But from what we’ve observed so far, publishers are grossly underestimating the impact of latency on their ability to make money.”

And it’s all about making money. Some ad networks were reticent to move to programmatic bidding. Why risk competing for impressions, rather than getting paid on conversion?

For that reason, a few key players on the buy side are still holding out, though Sack said he’s hopeful they’ll “come around” as the platform continues to onboard supply. But many have already changed their tune in response to publishers pushing for access to dynamic demand.

“Networks realize that they’re also missing out on a ton of valuable inventory if they don’t have the top spot in a publisher’s waterfall,” Sack said.

MAX is working with 12 publishers, 20 DSPs and a handful of networks and exchanges. The lineup of publishers in its pipeline will allow MAX to reach several billion daily ad requests within the next few months, Sack said.

The $3.5 million in seed funding will primarily go toward growing the engineering team. Total company headcount stands at 10, with plans to grow to 15 this quarter. MAX, which has its headquarters in San Francisco, also plans to expand internationally to Europe and Asia. 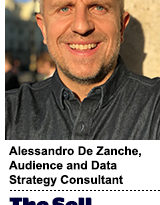 Can Publishers Enable A New Chapter For Modeled Data?

November 16, 2018 Programmatic Comments Off on Can Publishers Enable A New Chapter For Modeled Data? 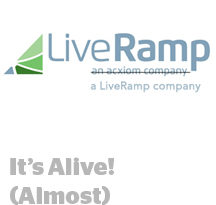 Acxiom Preps Investors For Its Next Phase As RAMP

August 9, 2018 Programmatic Comments Off on Acxiom Preps Investors For Its Next Phase As RAMP