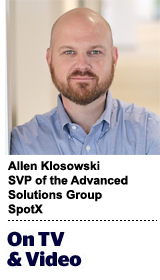 If consumers see OTT video and traditional TV as simply “TV,” should advertisers embrace an all-encompassing total video strategy that incorporates all TV-quality video, rather than continuing to regard traditional and over-the-top delivery points as separate channels?

All signs point to “yes,” and several of the pieces necessary to warrant such a strategy have already fallen into place. The industry is working furiously to combine legacy platforms with new technologies, adapting for the inherently addressable future where personalization will be the standard for video ads.

With audiences spread over an ever-growing list of devices, the bottom line is that we must dismantle the silos separating TV and OTT in order for the industry to effectively maintain future growth.

Audience viewership has fragmented as consumers branch out from traditional television to access content through over-the-top (OTT) delivery points. This makes the ability to deliver cross-screen audience reach a key element of an all-encompassing video strategy.

Does this mean that every advertiser must be able to reach audiences across all video screens? I wouldn’t go that far.

However, advertisers should evaluate how their specific target market is represented across video channels and allocate their efforts accordingly. Depending on the target market, a cross-screen campaign could deliver incremental reach, capturing consumers who weren’t accessible on television alone.

For instance, if a marketer’s target market is singles between 18 and 24 years old, they probably need to serve ads on OTT, with supplemental placements on traditional television. Conversely, if they’re trying to reach women older than 55, traditional TV may be sufficient.

Incorporating traditional TV and OTT advertising into a holistic strategy allows advertisers to work with audience fragmentation rather than against it – and to plan campaigns that feel cohesive across all screens and streams. It’s worth noting that many of the common tools that media planners rely on to develop campaigns don’t currently take into account that OTT is a part of the equation. However, there’s also been a rise in cross-screen planning tools from providers such as Adobe or VideoAmp, which make it possible to budget OTT and traditional television buys side by side.

Technology aside, planning a total video campaign requires that we dismantle the barriers that still exist between expertise and ownership of television and over-the-top video teams. I’ve already observed a great willingness among agencies to start combining traditional linear TV budgets with OTT. Still, it is rare to find a truly integrated TV and “digital” team that is working holistically across platforms. For the supply side, the same issue holds true with a few notable exceptions—the TV sales team is not yet integrated with the digital sales team. Achieving this integration is critical for the industry to push forward.

Traditional television and over-the-top environments each enable advertisers to leverage different types of audience data to better understand and serve consumers. An all-encompassing video strategy would include the ability to apply first- and third-party data gathered within any one environment across the rest. For instance, an advertiser looking to attract viewers for the premiere of a new show could leverage linear TV data to identify households that regularly tune in to a similar program and target them with ads on OTT.

On the other side of the coin, advertisers can also leverage third-party data in OTT to identify more granular audience segments than would be available based on traditional TV data. For example, an advertiser looking to reach males 25 to 34 years old could target them specifically using OTT subscription data, rather than buying slots against televised sporting events. The audience reached may be less broad, but the targeting will be more precise, and they won’t compete with other advertisers leveraging sports content to reach male consumers.

To achieve true cross-screen reach, planning and data enablement, many legacy systems will need to continue their evolution to match the addressable nature of their OTT counterparts. ATSC 3.0 is a great step forward for broadcast television to allow for data insights and personalization, but it is still several years from coming to fruition at scale. Many multichannel operators are upgrading their technologies to move from zone-based playouts to infrastructure that enables true device discoverability and unicast content delivery. Both of these upgrades will bring data insights and the ability to personalize content and advertising on television in a way that provides parity with OTT.

For years, television buyers have cited the lack of standardized measurement as the key barrier to entry for OTT. Without it, they have no way of forecasting cross-screen success, appropriately allocating budget or assessing performance. The need to think in terms of spots and rating points for television and OTT impressions and other digital video makes it necessary to maintain separate ad strategies, however inefficient that may be.

Conversely, achieving standard measurement for all video formats and delivery points is the key that enables a cross-screen total video advertising strategy.

The good news is that this is available today and will only improve with time. For example, Nielsen has taken strides to extend TV-like metrics across digital video, enabling measurement for buyers looking to expand outside the confines of traditional TV.

It’s clear that consumers are branching out to view video across whichever delivery point offers the content they want when they want it. An all-encompassing video strategy allows marketers to select where they advertise in the same way consumers select where they watch. Rather than being limited to the inventory that’s offered in one channel versus the other, advertisers can simply place buys where their desired inventory is available at a competitive rate.

Gone are the days when connected TV was a black box for television advertisers or vice versa. Armed with the ability to reach and plan for cross-screen audiences, paired with the data and measurement capabilities needed to report on campaigns and optimize success, advertisers can take the next step forward in the evolution of video. 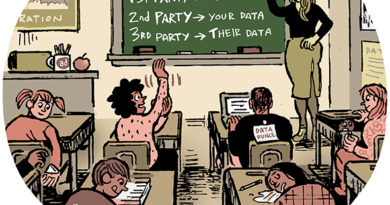 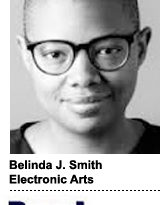 The Problem With The Long Tail

December 5, 2017 Programmatic Comments Off on The Problem With The Long Tail 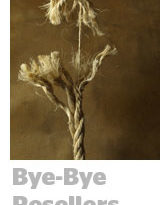 More Publishers Are Breaking Up With Resellers

April 29, 2019 Programmatic Comments Off on More Publishers Are Breaking Up With Resellers