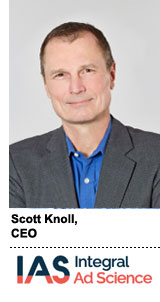 IAS detects ad fraud by scanning billions of insertions from both buy and sell sides, searching for anomalies. It also assesses whether individual impressions are fraudulent or not.

Industry insiders had wondered about IAS’ exit strategy, especially after competitors like Moat and DoubleVerify were acquired.

While CEO Scott Knoll told AdExchanger last week that IAS was moving in the direction of an IPO, he noted that Vista’s majority stake doesn’t preclude that.

“It’s still an opportunity to go in that direction,” he told AdExchanger. “Vista is a partner that lets us stay neutral and will make us a better candidate in the future.”

IAS is using neutrality as a big selling point, especially since its biggest competitor, Moat, is now associated with Oracle Data Cloud.

“In order to be truly neutral, you can’t have alternative or other businesses associated with buying or selling media, or helping plan media,” Knoll said. “Our belief is that we’re completely neutral and that’s what’s important.”

But even as Moat and DoubleVerify were acquired, Knoll said IAS didn’t feel any pressure. “We’ve been successful and have had control over our own destiny,” he said, stating that IAS wanted to grow its lead in the market.

“In discussions with Vista, we saw a scenario that would give us upside, and would help us grow organically,” he said, adding that IAS didn’t seek out Vista nor did Vista seek out IAS. Instead, Knoll said, Vista and IAS met every few months, so the relationship was cultivated over a period of time.

While many ad tech vendors dream of going to a deep-pocketed strategic, it seemed that few were buying. While Nielsen would have been a logical acquirer of IAS, it might not have been able to afford it. Also, an acquisition by a strategic would risk undermining its claims of neutrality.

But as Knoll noted, private equity isn’t a definitive exit. IAS could still IPO or a strategic could swoop in and buy the company from Vista, since the PE playbook is to take a company, make it more efficient, and sell it for a hefty return.

Knoll said Vista has a lot of business knowledge, and will bring in consultants to help IAS improve its operational capabilities.

And Vista is no stranger to marketing and ad tech companies. It bought Mediaocean in 2015 and marketing automation firm Marketo for $1.8 billion in 2016.

Vista will also provide capital for IAS to make acquisitions in the future.

“We see opportunities to increase our scope of what we measure – whether that’s audio, OTT or outdoor,” Knoll said.

He also wants IAS to expand beyond the 13 countries it’s currently in.

IAS has raised $116.8 million since its founding in 2009, according to Crunchbase. The Wall Street Journal claimed IAS had $140 million in revenue, though Knoll declined to confirm that figure.

Knoll also declined to say how much of a stake Vista had invested into IAS, stating only that it was “a majority.” 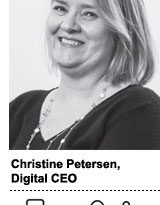 Time Out Digital Reinvents Itself Using TripAdvisor As A Model

October 18, 2017 Programmatic Comments Off on Time Out Digital Reinvents Itself Using TripAdvisor As A Model 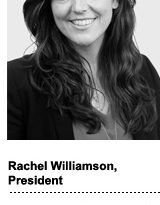 April 25, 2019 Programmatic Comments Off on Cox-Owned Gamut On Why Local OTT Is About More Than Just Aggregating Inventory 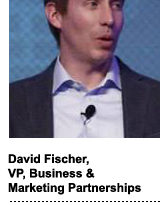 April 18, 2018 Programmatic Comments Off on Facebook’s Fischer On Adjusting To Life In A Post-Cambridge Analytica World