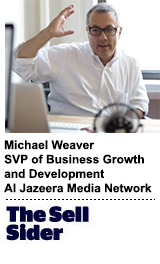 In the publishing world, there’s a fine line between jumping the gun on an emerging distribution platform and being late to the game.

Even the largest news organizations can’t take advantage of every new distribution opportunity. The approach to an emerging but clearly growing channel must be a strategic one, and when a publisher commits to a new channel, it must do so in a thoughtful way to protect its resource investment.

We’re currently seeing many publishers undertake this consideration process as it relates to the latest shiny (but seemingly stable) object in the room: voice assistants.

As they explore voice assistants, they need to examine voice assistants with the same strategic process they would use when evaluating any new distribution channel, with a close look at the associated opportunities, challenges, tactics and marketing.

Of course, the first necessary phase in pursuing a new distribution channel is deciding whether to pursue it at all. In evaluating a given opportunity, publishers need to look for not only size, but also stability. With voice assistants, the channel holds up on both fronts.

Last year, more than 60 million Americans used a voice assistant at least once a month. That’s roughly one-fifth of the population. Meanwhile, as of the beginning of the year, one in six Americans owned a voice-powered smart speaker – a number that’s surely grown since this summer’s Prime Day. By 2022, an estimated 55% of US households will have one of these devices in use.

In short, the market is big. More importantly, it’s built on hardware that people are purchasing and placing in their homes, meaning the channel isn’t likely to be abandoned as quickly as a “Pokémon Go”-type of fad. All signs point to voice assistants becoming the new norm, and that makes them particularly worthy of exploration by publishers.

Right alongside the opportunities, though, publishers need to give proper weight to the constraints of a given channel. With an early channel like voice assistants, consumers are really focused on utility. Finance, weather, sports – these often lead early usage.

All the same, one of the constraints to entry is the fact that device manufacturers typically aren’t very forthcoming with usage data, which introduces a level of uncertainty to a publisher’s planning for the device. Each platform also has its own rules about advertising to navigate.

Then, of course, there’s the alignment of internal processes and shifts in content production. What does successful content look like on the emerging platform? On voice assistants, the obvious answer is spoken content. But of what length? What does the presentation look like? The best practices have yet to be established.

And finally, there’s the device fragmentation itself. It’s fairly complicated to stake a presence on all the different platforms at once, so publishers must be judicious. Right now, Amazon dominates the landscape, but it’s early days and publishers must stay nimble in this regard.

If the voice assistant opportunity seems to warrant navigating its constraints, publishers need to get tactical and decide what their approach will be. In that regard, there are three major pillars to consider:

A publisher’s initial approach to a new channel might – and probably should – include some form of all of the above approaches. Only in testing various relationships can the publisher understand which model will ultimately scale for it. In early days, such as with voice assistants, collaboration is key. The more the major players in the space can work together, the faster we’ll to see standards, monetization strategies and best practices take root.

When playing in a new space like voice assistants, publishers need to have their heads on a swivel. Although voice assistants are gaining attraction, sometimes “the next big thing” isn’t exactly what people think it is. Sometimes the next big thing is actually derivative of the existing thing. Trying to predict the twists and turns of a new channel is an exercise in futility, but being prepared to adapt is not.

Last, but not least, publishers must recognize that getting their content on a new platform is only half the battle. The other half is informing people that it’s there. This sort of marketing usually entails not only teaching people about your content, but also teaching them about the channel itself.

Publishers should plan to devote at least some portion of their resource pool to generally educating people on how to use the new device or channel in question. Again, a three-pronged approach applies here:

Major news organizations and media companies today are tasked with ensuring that they’re meeting consumers where they are, with the right content in the right context and via the proper delivery method. It’s no small task, and certainly some channels like voice demonstrate greater potential than others.

But regardless, not every emerging opportunity pans out. The key to success – or at least controlled damage – is to pay close attention and be prepared to pivot. 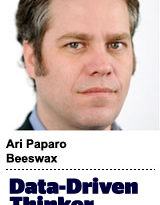 The Hidden Dangers Of Supply-Path Optimization

January 16, 2018 Programmatic Comments Off on The Hidden Dangers Of Supply-Path Optimization 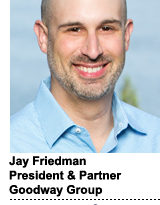 November 19, 2018 Programmatic Comments Off on What We’ve Already Learned From Direct-To-Consumer Companies 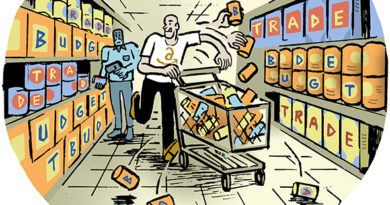