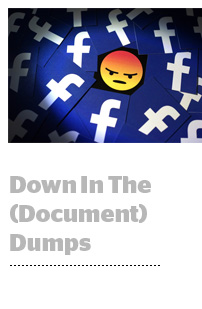 You may have received a news alert from The New York Times Wednesday morning about the latest Facebook data-related misstep as you sipped on your cup of joe.

What’s Facebook accused of this time? Providing special pay-for-play access to user data for whitelisted advertisers, including Airbnb, Lyft and Netflix, while penalizing others by cutting them off from the flow. The reality is a little more nuanced than that.

The allegations are based on a cache of internal Facebook documents and emails circa 2012 through 2015 that were obtained by the UK Parliament’s Digital, Culture, Media and Sports Committee and made public Wednesday.

The committee got the emails, part of a court case in California, from an app developer called Six4Three that sued Facebook in 2015 after a policy change that drove them out of business. (Without access to Facebook friend data, Six4Three was no longer able to operate its Pikinis app, which lets users search through their friends list to find photos of their friends in bathing suits, because … well, god knows why.)

Facebook has long maintained that it doesn’t sell user data and never has. The emails show, however, that Facebook did at least consider charging advertisers for API access.

It never actually went that far. Rather, a more nuanced transaction is alleged to have taken place between Facebook and select partners. Despite shutting down access to friend data through its API in 2015 – that’s how Cambridge Analytica was able to get the data it used to power its algorithm – the emails imply Facebook allowed certain advertisers to circumvent the shutdown.

These allegations were put to Richard Allan, Facebook’s VP of public policy, when he testified before the Digital, Culture, Media and Sports Committee last week. At that point, the emails were not yet public.

Allan was adamant that Facebook never gave certain advertisers “full access to Facebook data” after the 2015 platform change, although Facebook did give some advertisers a grace period to adjust to the change, what Allan called “a soft landing,” before their access to friends data was removed.

Additionally, Facebook protests that the set of documents “tells only one side of the story and omits important context.” For example, although the emails show that Facebook did indeed discuss requiring developers to buy advertising in return for data access, it didn’t go down that route after all and API access remains free.

“Accusations about potential misuse of our APIs were made in a recent hearing before the DCMS Select Committee, but the full story was omitted,” Facebook stated.

Although Facebook categorically denies a financial quid pro quo on access to user data, there are other examples of Facebook allowing special data-sharing arrangements with specific advertisers.

“We and a partner combine a data set with very specific rules and controls around how each party can operate within the shared environment,” explained Scott Shapiro, then a product marketing director for measurement at Facebook. (Shapiro left Facebook for a job at Google in December 2017.) 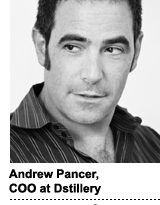 Machines Vs. Media-Buying Jobs: Is Your Position On The Line?

December 8, 2016 Programmatic Comments Off on Machines Vs. Media-Buying Jobs: Is Your Position On The Line? 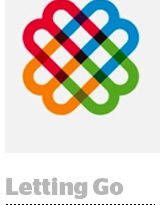 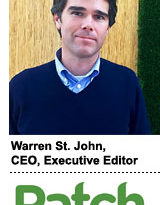