To serve this need, Rubicon Project built Demand Manager, tech that sits on top of the open-source wrapper Prebid. In addition to analytics and a rich UI that makes it easy to add and remove partners from Prebid, the tech is lightweight and improves page load times. Publishers also receive additional support, dubbed “Prebid-as-a-service.”

“It’s hard to run open-source software, and write your own UIs and algorithms for monetization and your own analytics without a team of software developers,” said Rubicon Project CEO Michael Barrett.

Demand Manager is also feature-rich, allowing publishers to be less dependent on their ad server.

“The ad server itself takes a back seat, because all the smart decisioning is happening here,” Barrett said, though he acknowledged there are limitations because Prebid can’t pull in information from a publisher’s ad server, only pass information into it.

Rubicon Project will charge for the product, with a fee structure that will evolve over the beta period. The exchange is banking on publishers trusting the solution because it’s based on open-source code and it offers better control and insight into their header bidding partners. Publishers also get the engineering support and tech they often need because they don’t have the resources internally to create their own.

Early customers of Demand Manager include Publishers Clearing House, Discovery and AutoTrader, and dozens of publishers are testing the analytics functionality. The product is in private beta and will become generally available later.

The analytics and UI makes it easier to understand the performance of demand sources and adjust them as needed. “We can manage the overall property experience with less engineering-minded people and more ad-ops-focused people,” Moore said. “We can add and remove partners with ease and have the analytics to back [the decision] up.”

For example, Publishers Clearing House can easily track Prebid requests by partner, their bid response rate, their average bid price, timeouts, response times and errors via demand manager. The company previously had no visibility into any of these data points, Moore said.

“We are probably contributing more code to Prebid than we’re comfortable with as an ad tech company fighting for life,” Barrett said.

Rubicon Project’s strategy to give publishers more controls stands in stark contrast to competitor OpenX, which itself announced a new product last week focused on identity. OpenX’s goal is to bring more unique demand to its publisher partners through a more cohesive identity graph that buyers can use. Rubicon doesn’t plan on following that strategy.

“We’ve found that buyers bring their own identity graph, especially for big companies,” Barrett said. “The Trade Desk isn’t asking us to do that because they’ve got that covered. That’s not solving a huge challenge today that isn’t already being solved by 35 other vendors. Our job is to give them clean pipes and intelligent access to inventory.” 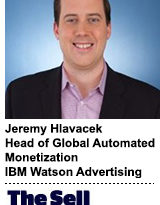 Publishers, Stop Saying You’re ‘Sitting On A Pile Of Data’

March 30, 2018 Programmatic Comments Off on Publishers, Stop Saying You’re ‘Sitting On A Pile Of Data’ 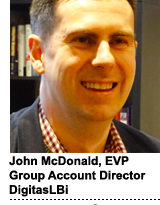 Forget The Funnel, Focus On Growth

November 8, 2017 Programmatic Comments Off on Forget The Funnel, Focus On Growth 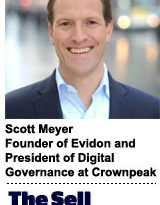 GDPR Makes Publishers Vulnerable If They Fail To Prepare

November 3, 2017 Programmatic Comments Off on GDPR Makes Publishers Vulnerable If They Fail To Prepare