BuyerAssist has been in a closed beta since September 2018 with the top 15 US media agencies. So far, more than $2 billion of local linear TV buys have been transacted through the platform across 210 US markets for almost 300 national advertisers, said JT Batson, founder and CEO of Hudson MX.

Batson, who previously worked at LUMA Partners and Mediaocean, launched Hudson MX 2016 after remaining in stealth for three years. In March 2018, the company raised a series A round of $6.4 million with the goal of simplifying and automating local buying.

“In local TV, you have to be able to buy in 210 markets,” Batson said. “If you’re buying on behalf of a national brand, you conceivably have to do the same work 210 times. That’s repetitive, too expensive and slow, which means people don’t buy as much local TV as they otherwise would.”

BuyerAssist automates communications and workflow between buyers and sellers, much like a programmatic guaranteed buy. Buyers can access inventory and impressions in real time, optimize campaigns in-flight, and receive daily or weekly delivery pacing rather than waiting for a monthly invoice.

AgencyCloud offers broadcasters similar flexibility on the sell side. The APl suite integrates with sellers’ ad trafficking, CRM or sales systems to avail their inventory in real time in the right formats. And because it directly integrates with publishers, AgencyCloud takes ad tech fees out of the supply chain by bypassing exchanges.

“In digital, you have a lot of middle men taking a lot of money,” Batson said. “That will never fly in television.”

Magna’s local buying team, which has been testing BuyerAssist for the past year, has more time to focus on strategy, negotiations and meeting specific client goals by leveraging automation, said Kathy Doyle, VP of local investment at Magna. Previously, buyers would have to communicate individually with each TV station to plan and execute a buy.

“We’re letting the system make black and white decisions,” she said. “Then our buyers can add the human touch.”

The ability to optimize campaigns in-flight allows brands to capitalize on real-time opportunities through local TV, Batson said. For example, if an automaker is planning a vehicle launch campaign but a competitor has a recall right around the same time, the automaker can double down on its media spend to reap some of the benefits of that fallout.

“They can do that at a turnaround pace they historically wouldn’t have been able to pull off on local TV,” Batson said. “If buyers are going to help their clients reach their business goals, they need a robust set of marketing tools other than Google and Facebook.”

While some buyers were hesitant about what automation might mean for their job security, automation in local TV has been a long time coming, Doyle said. Other platforms, however, haven’t been able to get as much access to local supply as Hudson MX has.

“It’s very plug-and-play for the sell side,” she said. “It’s great if 75% of your buy is automated, but if you have to go back and manually weave in the other 25%, that’s kind of pointless.”

But there are still challenges. Buyers want a more automated process for solving makegoods in real-time, rather than having to wait for an invoice 60 days after a campaign, Doyle said. Buyers also want the ability to better negotiate multimarket campaigns and add audience targeting to buys.

Until those features come to fruition, platforms like Hudson MX will only stem the tide on clients leaving local for other mediums.

“A few other things would have to change to drive money back to local,” Doyle said. “But taking out the pain points manual processes make it a much more attractive option for clients, at least to keep them in it for now.” 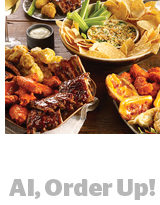 January 25, 2018 Programmatic Comments Off on At TGI Fridays, Cross-Channel Messaging Is A Dish Best Served Personalized 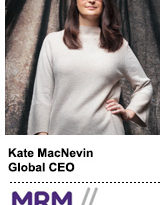