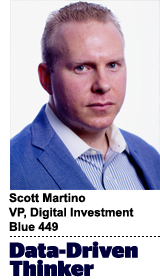 The commitment to data privacy took a big step a few weeks ago when Google announced changes to the Chrome browser by allowing consumers to track and restrict third-party cookies and cross-site tracking cookies. Developers who declare to Google that their cookie is cross-site will be able to use it for users that have not opted out.

That last point is a critical one, as it means that developers that work to establish good relationships with their customers will be the ones that succeed in this new world of tracking and utilization. It will increase the amount of higher quality data within the ecosystem, which will likely recalibrate to a few good and compliant companies.

But what has been interesting for me in this whole situation is how it bears striking similarity to the growth and proliferation of direct-to-consumer (DTC) brands. Both of these scenarios are predicated on one thing: a good, direct relationship with the consumer.

As third-party tracking continues to be whittled away, it will become all the more important for brands to establish relationships with their customers and be transparent about the ways they use their data. This is where the DTC brands have succeeded: by cutting out the distributors and middlemen that historically owned those relationships.

DTCs are side-stepping the typical distribution channels and going direct to their customers, all the while capturing their customers’ trust in giving them something back for being a direct customer. And the trend continues to expand into legacy areas of transaction. This is what Tesla is trying to do in the automotive world, challenging the traditional dealer model and going directly to the customer. This has prompted some backlash, for sure, but has also prompted some OEMs to start an online selling practice.

The critical element to success, not just in the DTC world but in the data sharing and utilization space, is that reciprocity. And this is where the advertising and marketing industry failed. And I don’t just mean brands, agencies or ad tech – I mean everyone!

The push for ROI in marketing during the rise of programmatic necessitated that more data be used to inform how ads were served. And in that rise we found a way to track consumer behavior and use it to serve more relevant advertising and content to the point where people now expect things to be tailored to them.

But, we didn’t communicate that to consumers.

There was never a large-scale effort to tell people that what we were doing was going to benefit them, that we were going to take the irrelevance out of advertising, that their behaviors would actually help us understand what products they wanted, that every time they went to their favorite site it would serve them bespoke content. Sure, there were going to be issues – the diaper mailer from Target is the most famous – but in the end, that targeting actually was accurate. But it didn’t have a privacy element attached to it, and there was no reciprocity.

Instead, all consumers heard were the bad stories that were associated with data and tracking. Data breaches, Facebook and Cambridge Analytica, the Experian data breach, the 2016 US presidential election – all of this bad news shaped consumers’ perception of data-collection practices.

And so, here we are, trying to make a correction after years of operating an ecosystem that has transformed the way we advertise. Transparency is a good thing: People need to know how their data is used and what benefit they receive from it. And brands should work to cultivate those relationships and show their consumers how their data can benefit them.

Our evolution here is a good thing, but when the next innovation in advertising comes along, the advertising industry needs to advertise it. 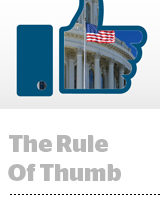 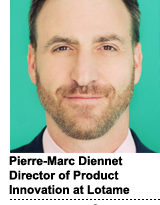 What’s The Future Of Holding Companies? Tech And A POV

November 14, 2018 Programmatic Comments Off on What’s The Future Of Holding Companies? Tech And A POV 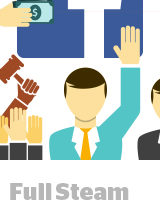 June 6, 2018 Programmatic Comments Off on In-App Header Bidding Is Hot. Next Up: Facebook