“This is something you need to be constantly monitoring,” said Parides, who’s been with Glu for almost five years, during which click spam became a bigger and bigger problem in the ecosystem. Glu realized it needed a plan and specific business processes focused on fraud prevention.

“Our ultimate goal here is to make sure we don’t have to go through the process of requesting refunds,” Parides said.

Glu only works with trusted ad networks willing to sign contracts that state Glu will only pay for real traffic, and it partners closely with an attribution provider with always-on fraud prevention tools. Also, Glu built its own fraud monitoring technology, and enlists third-party vendors to keep tabs on the feeds coming from its data providers.

AdExchanger spoke with Parides about what makes a good partner, red flags to detect shady ad networks and the misaligned incentives that make ad fraud so hard to tamp out.

AdExchanger: How do you vet your monetization partners?

JOHN PARIDES: We find companies with teams made up of people who have been in the space for a long time and have a good reputation. If all of the people have a good pedigree and came from Facebook or Google or a longer-term ad network, that’s a good sign.

There’s never a guarantee, though. To be sure, the only thing you can really do is run a test to evaluate the traffic, analyze the data coming back from it and see if it looks like there are controls in place for how publishers sign on and internal fraud prevention technology. When there aren’t controls, that’s when you know it’s a network you can’t work with without having to constantly ask for refunds.

Who are you partners?

We’re working with Facebook, Google and a variety of DSPs, most of the better-known names in the space. Our attribution provider is Singular. We were with TUNE before that, until they lost their Facebook status.

The attribution space is tough, because the switching costs are high. There’s a lot of work that needs to be done on the client side and the server side for companies that collect data internally. It’s especially hard to make that sale to a company like Glu. All of our titles would need to switch simultaneously.

How has the industry changed since your first UA job in 2011?

There wasn’t really any third-party attribution. Then Apple moved from the UDID to IDFA, which started a huge shift from just counting installs to looking at deeper funnel metrics.

But the biggest change was probably when Facebook moved aggressively into mobile and launched an app install product. That eliminated incent traffic and shifted the market away from a lot of smaller ad networks.

More recently, the industry has been moving toward exchanges and DSPs, which is a trend I expect to see continue.

Is ad fraud solvable or is the system too broken and the incentives too out of whack?

For a long time, people in this space got really comfortable, because they thought they were paying for attributed installs, so, of course, they must be real. But there was a lot of bot traffic with cost per install, and so companies started tracking revenue … and then we started seeing more attribution fraud, like click spam and click injection.

Cost per install is problematic, because installs can be faked, and moving to CPM or cost per click doesn’t make a difference, because if fraudsters know what you’re optimizing toward, they’ll just fake that event, whatever it is. I see no meaningful way to change the setup of the system to eliminate this stuff completely.

The other set of potentially misaligned incentives is in the attribution and fraud prevention space. A lot of attribution providers charge per attributed install, which disincentivizes them to be aggressive in doing anything that might lower the payout to them. And on the flip side, if they have the tools to detect fraud, they might be incentivized to overestimate the amount of bad traffic. It’s a real problem, and there’s no good solution other than to pay a flat rate for your attribution systems.

What about your job gives you joy, and what would you love to never have to deal with again?

I’ve become pretty cynical over the years, but every time we launch a game and find success in something new – and have a high enough return on the marketing side to scale spend – it makes me feel good. That gives me joy.

But fraud feels like a never-ending battle. If I never had to think about fraud ever again, I’d be a happy person. 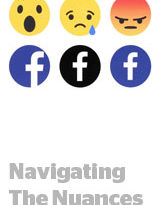 Publishers Adapt To The New Realities Of The Facebook News Feed

March 2, 2018 Programmatic Comments Off on Publishers Adapt To The New Realities Of The Facebook News Feed 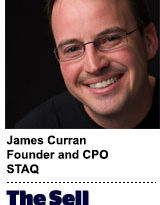 Don’t Drown In Your Data Lake

May 23, 2018 Programmatic Comments Off on Don’t Drown In Your Data Lake 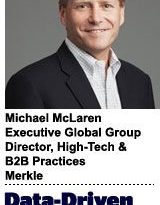 Don’t Fall Into The Marketing Vs. Sales Trap

December 19, 2016 Programmatic Comments Off on Don’t Fall Into The Marketing Vs. Sales Trap