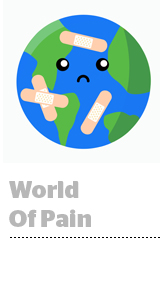 There aren’t a lot of companies that can take a multibillion-dollar fine from the Federal Trade Commission in stride – and fewer still whose stock actually rises on the news.

But that’s Facebook for you, whose stock went up 1.8% at the close of trading last week after reports that the FTC is planning a $5 billion penalty against the company for data sharing and privacy violations related to the Cambridge Analytica scandal.

Privacy advocates and lawmakers on both sides of the aisle reacted to the fine with disdain.

Sen. Mark Warner, D-VA, declared on Twitter, that “with the FTC either unable or unwilling to put in place reasonable guardrails to ensure that user privacy and data are protected, it’s time for Congress to act.”

But the headwinds aren’t just blowing against technology platforms in Washington. Local regulators in jurisdictions around the world are eagerly sharpening their spears.

Starting on the homefront, the big tech biggies – Facebook, Google, Amazon and Apple – are all facing potential antitrust scrutiny in the United States. The Department of Justice is planning to look into Google and Apple, while the FTC is taking responsibility for Facebook and Amazon.

At the same time, congressional lawmakers are proposing bills that specifically target large online platforms. One such, the DETOUR Act, would ban companies from using “dark patterns,” deceptive design practices that trick users into sharing their personal data. (Facebook is notorious for its use of dark patterns. There’s even a dark pattern called “Privacy Zuckering” named after Mark Zuckerberg himself.)

On the state level, multiple attorneys general are opening investigations into Facebook, including the New York AG, who is poking Facebook over unauthorized email contact scraping, and the Massachusetts AG, who began her own probe into Cambridge Analytica last year.

And back in DC, Facebook executives head to the Hill this week to testify at multiple hearings, including at a House Judiciary meeting about online platforms and market power as well as at two separate House and Senate hearings looking into Libra, Facebook’s proposed cryptocurrency project. (Not to mention the last year and a half of hearings into everything from election interference on Facebook to the spread of hate speech on the platform.)

Numerous countries across Europe have their own plans for how to tackle Facebook, but there are also rumblings at the EU level.

European regulators are far from enamored of Facebook’s plans for Libra, for example, and, separately, the European Commission is in the early stages of an inquiry into Facebook’s sales platform and the way in which Facebook shares data between its apps.

Facebook’s data sharing practices are also currently under the microscope in Luxembourg, where the European Court of Justice is considering a landmark case brought by Austrian lawyer and renowned Facebook baiter Max Schrems against the social network that could invalidate data-sharing agreements between the United States and Europe, including Privacy Shield.

French lawmakers are mulling a measure that would force online platforms like Facebook to remove hate speech and other harmful content within 24 hours of when it was first flagged or face a 1.25 million euro fine per violation.

Although the CNIL, France’s data protection authority, hasn’t hit Facebook with anything other than paltry fines so far, the commission has clearly got an appetite for going after the big dogs, as evidenced by its 50 million euro fine against Google last year under GDPR.

France also recently approved a 3% digital tax on the revenue earned by large tech companies who do business in the country, and other European countries could follow suit.

In February, following a three-year investigation, Germany’s antitrust agency said that it would restrict Facebook from combining user data across WhatsApp, Instagram and the core app without specific and voluntary user consent – which also means Facebook will have to stop linking data collected from its tracking pixel on third-party sites, a cornerstone of its advertising offering, unless it has an explicit opt-in.

Germany has had its own remove-hate-speech-within-24-hours law on the books since 2018, which levies fines of up to 50 million euros for infractions.

Ireland’s Data Protection Commission has 11 open investigations into Facebook and its subsidiaries over potential GDPR violations, including an inquiry into a data breach of Facebook and Instagram user passwords stored in plain text on Facebook servers and for failing to notify authorities of breaches within the required 72-hour window.

The United Kingdom’s competition watchdog said in early July that it’s launching a wide-ranging study into online platforms and the digital ad market in the United Kingdom, including whether consumers are able – or willing – to control how platforms like Facebook and Google collect and use their data and whether the digital ad market is being “distorted” by potential market power held by these platforms.

In October 2018, the United Kingdom’s data protection regulator, the Information Commissioner’s Office, issued a 500 pound fine against Facebook related to Cambridge Analytica, the highest possible penalty under the law at the time. GDPR, which allows for fines of up to 20 million euros or 4% of annual global turnover, didn’t come into force until May of last year. Facebook is appealing the fine.

There’s also no love for Facebook emanating from Parliament. The United Kingdom’s Digital Culture, Media and Sports Committee has been demanding for more than a year that Zuckerberg testify in person to no avail. The committee was also responsible for releasing more than 200 pages of sealed emails it acquired late last year that were part of a lawsuit against Facebook in California. The emails show that although Facebook doesn’t sell user data, it once did consider doing so.

The Office of the Privacy Commissioner in Canada is planning to take Facebook to federal court to change its data collection practices, which Canadian authorities say break local privacy laws.

After a year-long inquiry into the digital media space, the Australian Competition and Consumer Commission is recommending that the government update its merger laws to better protect smaller technology companies and offer more choice for consumers. 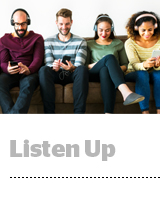 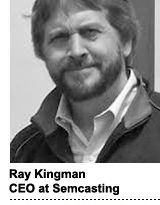 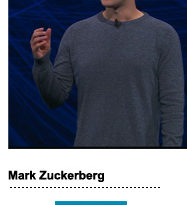 Zuckerberg At F8: The Future Is Private (Apparently)

April 30, 2019 Programmatic Comments Off on Zuckerberg At F8: The Future Is Private (Apparently)