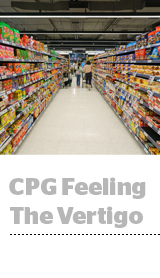 The largest advertisers in the world are still dead set on cutting advertising costs and reducing agency fees.

On earnings call after earnings call in the past week, consumer packaged goods (CPG) companies sent a clear message to the ad industry: The belt is tightening.

On Thursday, Procter & Gamble CEO Jon Moeller told investors that digital ad cutbacks were responsible for almost all of the company’s $140 million savings for the quarter.

Despite pulling the plug on what Moeller called “ineffective” spending from a digital standpoint, sales rose by 2%.

“As we made those decisions and put our money where our mouth has been to ensure solid and strong placement of ads, we didn’t see reduction in growth rate,” he said.

P&G isn’t alone in its efforts. Over the past couple of years, Unilever, Kraft-Heinz, Mondelez and Kellogg’s have adopted zero-based budgeting, which resets yearly spending at a zero base instead of growing baselines based on historical benchmarks.

Digital brand ad budgets in particular have borne the brunt of CPG rationing.

But there are concerns that Fortune 100 CPGs like P&G and Unilever, which beat earnings estimates for the second quarter based largely on strong margins driven by advertising cuts, could be generating profit at the expense of market share growth.

In a note to investors about Unilever’s earnings, RBC Capital Markets analysts observed, “Quantity good … quality less so.” Better margins are good, but not if the reduction in marketing spend undercuts future sales.

The agency holding company IPG cited spending cuts from CPG clients as a significant drag on its revenue decrease for the past quarter.

“We think our clients are overreacting, frankly, in their cuts,” IPG CEO Michael Roth told investors. “CPGs are going to have to spend dollars to maintain market share.”

Agencies are feeling the burn, but so are measurement companies like Nielsen.

Pivotal Research analyst Brian Wieser on Thursday reduced his price target on Nielsen shares from $39 to $38 and softened growth expectations for next year. CPGs represent the core of the company’s buy-side business and they’re looking “to eliminate costs – even seemingly essential ones such as those which Nielsen offers,” Wieser wrote.

P&G put up 2% organic revenue growth in the previous quarter, and year-over-year growth was also 2%, meaning a major advertising reduction in the final quarter didn’t bring down the growth rate.

But Trian Partners, a P&G activist investor with a $3.3 billion stake in the company, argued in a presentation this month that P&G’s deteriorating market share and sales growth plateaued at 2%, below its peer set average of about 4%, and remains an unstaunched wound.

Startups are outperforming CPG incumbents in 18 of the 25 biggest industry categories, like bakery, snacks, grooming and cosmetics, according to PricewaterhouseCoopers’ 2017 CPG trends report.

“Recognize that you cannot buy your way out of trouble through cost cutting alone,” PwC analysts wrote.

With that in mind, CPG digital ad budgets increasingly are becoming tied to sales results.

“What savvy marketers are really doing is shifting their spending to reflect a better understanding of what drives actual purchase behavior, not just what ads get the most views,” said Andrew Appel, president and CEO of retail and CPG consultancy IRI. “[And] that doesn’t necessarily have to result in ad budget trimming.”.

The retargeter Criteo, for instance, benefits from zero-based budgeting because its revenue is tied to direct sales, said client solutions VP Patrick Cartmel, who noted that CPGs are the highest-growth category for Criteo’s business.

“What we’d love to do and what we’re working with media partners to do is create a very efficient supply chain,” P&G’s Moeller told a JP Morgan analyst concerned over whether last quarter’s advertising cuts will extend into next year. “We’d love to invest more in doing just that.” 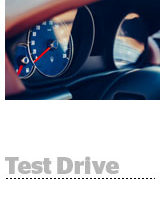 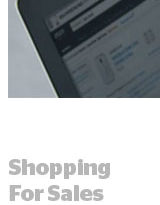 Amazon Staffs Up On Ad Sales Reps And Engineers

July 28, 2017 Programmatic Comments Off on Amazon Staffs Up On Ad Sales Reps And Engineers 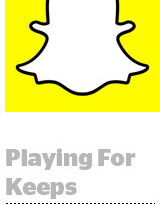