Today’s column is written by Mike Baker, co-founder and CEO at dataxu.

In early 2017, Procter & Gamble’s chief brand officer, Marc Pritchard, set the advertising industry on fire, launching a “brand-safety revolt.” In a speech at the IAB’s Annual Leadership meeting, he slammed the industry for what he called “crappy advertising accompanied by even crappier viewing experiences.”

He also gave platforms a powerful ultimatum: If they failed to align their digital advertising offerings with industry audience measurement standards before the year was through, he’d withdraw his company’s advertising spend.

As the one-year deadline for the platforms quickly approaches, Pritchard took his message to Dmexco, where he assessed how far the industry has come – and where it still needs to go.

But in his noble quest, is Pritchard fighting a battle he can’t win? Should he direct his attention to shaping the future of TV, which the walled gardens haven’t yet conquered?

Marc Pritchard Vs. The World?

Pritchard’s efforts have been hailed as a turning point for the industry – an influential global marketer standing up for the everyman, taking on the big walled gardens. In this real-life story of David and Goliath, the industry has eagerly celebrated David’s little victories: YouTube channels must now collect at least 10,000 views before they can monetize their video clips, while Facebook will enable advertisers to exclude certain publishers from their ad network.

According to Pritchard, the industry is about halfway there.

But these minor concessions can hardly be seen as industrywide wins. They still do little to solve the key challenges of widespread fraud, a lack of independent measurement and walled-garden brand safety concerns.

In his mission to improve the industry, Pritchard and his allies have come up against the world’s most powerful companies. These tech giants don’t just control the internet economy – they wield tremendous power over almost every facet of our lives. And while some might want to see the slingshot take some of them down, it’s not an even match nor a fair battle.

Is this the battle we should be fighting? In the words of Sun Tzu, “If a battle can’t be won, don’t fight it.” What if Pritchard focused his attention where victory was more certain?

The platforms erected their digital walls years ago without advertisers grasping the consequences, and they are now trying to do the same with TV. However, a smarter, wiser industry now knows what to anticipate – and brands such as P&G are perfectly positioned to get out ahead of the walls not yet built around TV.

Instead of working toward a slow, incremental uphill battle against the tech giants’ entrenched digital positions, brands have an unprecedented opportunity to shape and accelerate the future of TV as it evolves into the realms of digital and programmatic.

As consumers watch TV via digital streams on their Rokus and Apple TVs, all of the targeting and granular attribution of digital is coming to brand-safe, viewable, highly engaging long-form content.

Legacy advertisers such as P&G already have a tremendous competitive advantage for TV.

Their massive budgets can be used to shape the future of the industry in a way that’s simply not possible in formats such as search, social or ecommerce. Indeed, P&G alone devoted 74% of its 2016 marketing budget to TV. TV is Pritchard’s bread and butter for marketing, so why not use this clout to catapult a structurally more favorable advanced TV market forward?

The promise of advanced TV is already a reality, delivered via addressable and connected TV, and it’s fundamentally changing what’s possible with television. Savvy advertisers are leveraging digital audiences, data and insights about their consumers to reach the same audiences on streaming and addressable TV content.

Across traditional broadcast and cable network TV ads, the promise of audience-based buying has been partially realized, but there is still much work to be done by the ecosystem to smooth the way for greater investment by advertisers. Nevertheless, the early results are incredibly promising.

How can brands like P&G take immediate advantage of the opportunity presented by advanced TV? Simple: by proactively shifting some of the budget they are threatening to pull from walled gardens to advanced TV, regardless of the result of the year-long brand-safety crusade.

Engage, innovate and invest across all advanced TV channels – connected/OTT, addressable and programmatic linear – to push the envelope of what’s possible to gain the benefits of data-driven buying and TV measurement. With the market presence and media budgets available to P&G, it is perfectly positioned to take the lead in this burgeoning space and push it forward for all advertisers.

Soon enough, the walled gardens will exert their influence on advanced TV, too. But if brands collaborate with media companies now, they can get the advanced TV space right from the beginning. And the next stage of this battle can be fought on more equal footing, providing a real and tangible path to victory for all marketers. 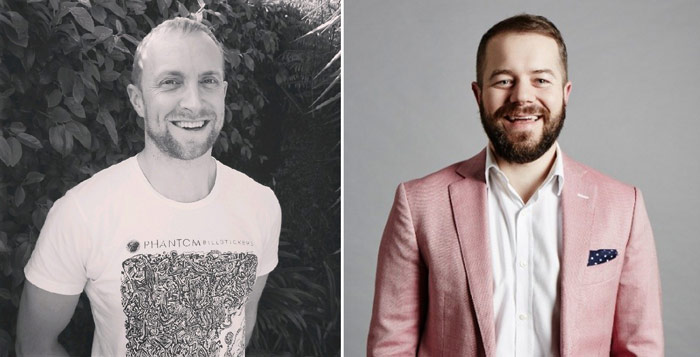