When Snap reported disappointing earnings on Tuesday, it said revenue was constrained by its shift from a direct sales model to a programmatic, auction-based model.

Snap’s excuse mimics one that publishers used in the early days of programmatic to explain their revenue shortfalls, and it doesn’t fully take into account immaturities and nuances in Snap’s ad strategy.

“They have programmatic capabilities, but they have chosen to do it in an entirely closed way,” said Andrew Casale, CEO of Index Exchange. “They’ve chosen not to connect it into the broader market and the liquidity it represents. I think it’s an unfair knock on programmatic overall.”

When publishers began transitioning to programmatic a few years ago, their inventory prices got squeezed as buyers started to bid on the cheapest price, which drove down CPMs. It’s a dynamic a lot of publishers experienced and used to explain their revenue shortfalls in the early days of programmatic, said Chip Schenck, VP of data and programmatic solutions at Meredith.

“Think about where CPMs were across the board, even with premium publishers,” he said. “In the beginning, prices were decent, but no one knew how to manage it.”

“Everyone put the taboo on programmatic years ago, but that really wasn’t what was causing the drop in pricing,” said Michael Stoeckel, VP of global tech strategy and publisher operations at Prohaska Consulting. “It was this move towards pre-emptible inventory. It just takes a while for competition in these auctions to catch up.”

But Snap, which saw CPMs plummet 60% last quarter after it moved 80% of its Snap Ads buys from direct IOs to self-serve programmatic, could be struggling to keep demand high enough to raise CPMs in a closed ecosystem. Putting the blame on programmatic glosses over the fact that Snap chose to operate outside of the broader market.

“What Snap is doing is very predictable,” Casale said. “They have the economy to have complete control of everything, but they run into the unfortunate dynamic whereby having a closed ecosystem means less liquidity in the market. Unless they can move the market, which will be difficult, they need to meet the market where it is.”

While Snap probably did face some natural pricing pressure in switching from guaranteed deals, which command higher CPMs, to programmatic, releasing too much inventory at once without enough demand would have caused prices to sink, said Chris Kane, founder at Jounce Media. It’s unclear whether Snap sets price floors or just hoped demand would be high enough to keep prices stable.

“It’s an old, tired story,” Kane said. “If you give advertisers the tools to bid in auctions, they will endeavor to win at the lowest possible price. The choice you make is, will you be able to unlock sufficient volume to offset the decline in prices?”

Snap’s CPM drop wasn’t due to a lack of demand for premium video inventory; publishers often pay high CPMs for fraudulent video on the open exchange. So the pricing issue on Snap could be due to the fact that it’s more difficult for marketers to buy in a closed environment.

“If they connected to the market, they would probably see better CPMs and high demand,” Casale said.

But Snap likely won’t bring its supply to the open market, and since its self-serve platform is still rolling out with SMBs, its closed ecosystem will remain an issue until it can get buyers to play by its rules.

“Tools they put in the market to make it easy for SMBs to buy have just launched,” Stoeckel said. “Their fill rates, I assume, are higher because they’re doing pre-emptive activity, but are probably going to lag a little bit as some of these offers take root.”

Snap could also be facing a measurement challenge in that it’s hard for marketers to price its inventory without the ability to compare it to other platforms.

And while there’s little visibility into Snap’s ad product road map, its inability to stabilize CPMs could be due to the immaturity of its at tech stack.

“The switch to a fixed-price reserved model to a bidder model is an absolutely gigantic switch that probably isn’t complete yet,” Kane said. “They have to roll out more products.”

Luckily for Snap, marketers are patient. They see huge opportunity in its non-programmatic offers, like sponsored lenses and filters, which are likely driving the majority of revenue, said Mac Delaney, SVP of media investment and strategy at Merkle. And for now, buyers may be attracted by lower CPMs on premium inventory.

“There’s no need to be concerned about demand for the kind of media that’s driving the vast majority of the revenue for Snap,” Delaney said. “It’s very early days at Snapchat, so on the buy side, we tend to give them the benefit of the doubt.” 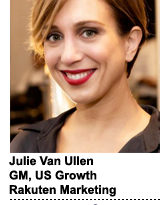 January 22, 2019 Programmatic Comments Off on Our Marketing Measurement Journey Is Going Nowhere 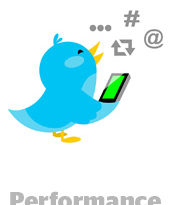 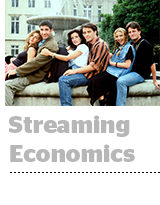