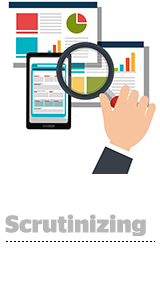 DOJ special counsel Robert Mueller’s indictment of 13 Russian nationals sheds more light on how the Russia-backed Internet Research Agency used ad-buying tools from Facebook and other social platforms to influence US voters. “Defendants made various expenditures … including buying political advertisements on social media in the names of US persons and entities,” the indictment notes. Ad spend ran to “thousands each month,” sometimes paid via PayPal accounts, and were directed to “US social media and other online sites.” The phrase “other online sites” begs the question: Did the spies also buy on open exchanges? At this time, the scope of any OpenRTB buys would appear limited or non-existent. Save that one reference, all mentions of paid media in the special counsel’s charges specify “social.” Perhaps the biggest clue that spend was consolidated with social platforms: All the ad messages pushed voters toward social pages, social accounts and social content. Full-text indictment.

Responding to the Mueller indictment, Facebook VP Rob Goldman unwittingly provided some fodder to the Tweeter in Chief. Trump retweeted Goldman’s declaration that, “I have seen all of the Russian ads and I can say very definitively that swaying the election was *NOT* the main goal.” Trump (not surprisingly) seized on this as an official statement from the company: “Hard to ignore this fact from the Vice President of Facebook Ads, Rob Goldman!”

“I have seen all of the Russian ads and I can say very definitively that swaying the election was *NOT* the main goal.”
Rob Goldman
Vice President of Facebook Ads https://t.co/A5ft7cGJkE

Oops. Morale at the left-leaning Facebook has already suffered bigly from a belief the company aided Trump’s victory.

The European Commission clarified an open question around how and when it will define email accounts as personal data when GDPR takes effect in May. Email accounts are generally classified as non-personal data, but if they contain a person’s name then, well, it’s not anonymous. The updated guidelines still have some wiggle room: They specifically mention “an email address such as name.surname@company.com.”

American news publishers are searching abroad for revenue growth. International subscriptions accounted for 10-20% of overall revenue in 2017 for The New York Times, The Washington Post and The Atlantic. While US pubs have struggled to crack international markets in the past, coverage of American affairs from an American perspective is resonating with international readers. Bloomberg saw international subscriber growth jump 71% after putting a paywall in front of Businessweek. “It used to be that the advertising was so important that it made no sense to try and get international circulation,” Ava Seave, a principal at media consultancy Quantum Media, tells Digiday. “Now that advertising is so much smaller, the circulation revenue becomes more important.” Read more. 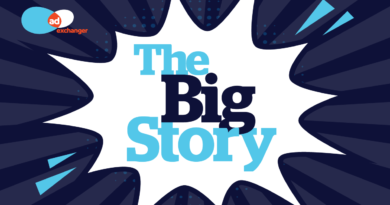 July 11, 2019 Programmatic Comments Off on The Big Story: Here Comes A New Challenger 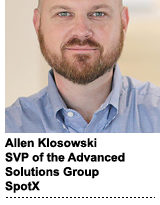 March 22, 2018 Programmatic Comments Off on Why It Could Be Time To Stop Treating OTT And TV As Different Channels 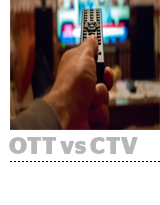