When AMC created a dedicated data sales team, which it revealed last week, it set the stage for AMC to compete more effectively with networks like NBC and Fox.

“The goal is to be data-agnostic,” Gaynor said. “The ability to use a platform to harness different audiences is what gets me excited.”

Gaynor was instrumental in helping Dish create a private TV marketplace, as well as advancing its addressable targeting chops.

At AMC, Gaynor is tasked with bringing a suite of data-driven TV products to advertisers, the first of which AMC launched at the 2017 upfront as a planning tool to help buyers append data to TV buys across AMC networks, as well as broader program schedules.

Data-based buys can command higher CPMs for broadcasters at a time when linear ratings are in decline.

Networks across the board have prioritized audience guarantees and data offerings as part of their upfront pitches.

That capability is particularly important to a network like AMC, which faces the same ratings pressure as its peers, despite its legacy programming cult hits like “The Walking Dead,” “Mad Men” and “Breaking Bad.”

AMC’s national network ad sales decreased 10% in 2017 compared to the year before due to weakening ratings.

Gaynor is mindful of keeping AMC’s data-centric sales team from competing with its direct sales effort. He said the group operates alongside AMC’s existing sales team.

“It’s very collaborative and we’ll work together to have joint conversations with clients,” Gaynor said. “Those conversations will be about how we can help clients find and deliver on a more precise target against our audience.” 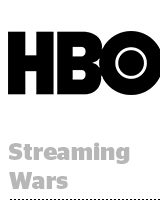 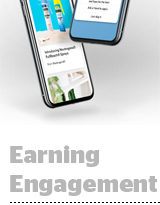 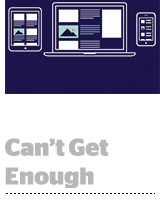 February 21, 2018 Programmatic Comments Off on Facebook’s Declining Share Of Total Media Consumption; Another Call For A ‘Big Tech Break-up’