Brand safety has become such a hot-button issue for advertisers that competing holding companies and agencies are ditching their territorial natures to fight it together.

The 4As said Tuesday it has formed an industry consortium called the Advertiser Protection Bureau (APB), a cross-holding company and agency effort to better share knowledge around brand safety incidents and how to combat them.

Today, brand safety is managed as a tightly controlled effort within client teams and often touted as a competitive advantage for agencies, said Joshua Lowcock, who was appointed UM’s chief brand safety officer on Monday and was instrumental in forming the consortium.

But by sharing information and experiences more widely, agencies can get broader insight into what’s happening in the market and formalize how they combat brand safety to eventually eradicate it across the board.

“This puts more collective pressure on media partners, platform owners and tech companies,” Lowcock said. “If and when an incident occurs, we can talk with one voice.”

The group will develop processes to evaluate risk categories across content and brands. It will also and deploy a messaging and notification system across its networks to help agencies better communicate and collaborate on brand-safety incidents. Each agency group will appoint a brand safety leader to report to the consortium and ensure that employees are following protocol.

“We kick off a notification and the agency can investigate what went wrong and share that back with everyone so we can collectively work out what failed,” Lowcock said.

To ensure the system is working, UM will track employee KPIs based on their collaboration on brand safety efforts, Lowcock said. It will also enroll staff in a compliance program to clarify their obligations for policing and reporting brand safety incidents under the new protocol.

APB, however, isn’t trying to set a new brand safety standard that’s competitive with industry groups, Lowcock said. The idea is to share information so that brand safety incidents aren’t handled in silos, and to make platforms with recurring issues easier to find.

ABP will measure success by the amount of brand safety incidents it identifies and combats, as well as the number of bad actors it catches, Lowcock said.

“Right now, any time something bad occurs, it’s a case of whispers,” he said. “This brings a lot more transparency to that process, and it stops outside partners from denying that the issue was significant. Now we can fact-check it — did anybody else have an issue?”

“It’s not in my interest if one of my client’s competitors is in an unsafe environment, because it calls into question the entire industry and hurts the effectiveness of brands,” he said. “So, the incentive is really built into the system. The more we share information, the less this becomes an issue and the more it becomes something we can stop from happening.”

ABP wasn’t formed out of pressure from brands, Lowcock said, but from an industrywide feeling that agencies need to evolve the way they police brand safety in order to eradicate the problem.

“There is no competitive advantage in brand safety,” he said. “It has to be a standard for the industry. We’re trying to get ahead of the curve and show some leadership and stewardship on how it can be addressed.” 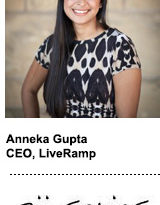 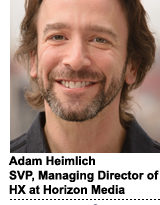 Point-Counterpoint: Why The Open Markets Will Continue To Thrive

January 18, 2018 Programmatic Comments Off on Point-Counterpoint: Why The Open Markets Will Continue To Thrive 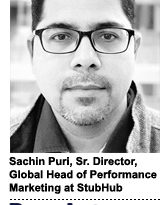 May 28, 2019 Programmatic Comments Off on Is First-Party Data Collateral Damage For Stricter Third-Party Privacy Policies?