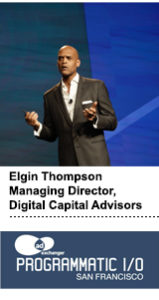 Is opportunity fading for ad tech startups to go public or be acquired at a healthy premium?

The answer is no, at least not for everyone, said Elgin Thompson, managing director of the technology investment advisory firm Digital Capital Advisors, at AdExchanger’s PROGRAMMATIC I/O in San Francisco last week.

A look back at IPO filings of former breakout ad tech stars like Rubicon and Rocket Fuel shows the jargon and positioning of companies in the space remains largely unchanged – automated machine learning and predictive audience modeling, anyone?

But the Wall Street investor sentiment around programmatic is the same as it was five to 10 years ago as well, Thompson said, with associations indelibly tied to remnant inventory, arbitrage and undifferentiated technology.

The solution won’t be shiny objects like blockchain and AI, he said. Understand the road map for ad tech exits and how your business fits into a potential buyer’s vision.

“VCs wake up every day and ask, ‘Where’s my money?’” Thompson said.

It can be a frustrating fate for ad tech CEOs, many of whom come to the end of their VC tethers without an apparent exit and without profitability.

Ad tech companies that haven’t found a roof yet will “take arrows from the press and from advertisers,” he said, but it’s possible to reposition for investors.

Digital media transparency initiatives have made it harder for a company to discreetly arbitrage media, and any startup that does so won’t be considered. If a company clears that hump, Thompson said, investors and acquirers are searching for startups landing strategic or business development partnerships with potential buyers, and getting on those deals can bring renewed interest.

Private equity can be a good solution and stands out for its focus on driving long-term value. Still, it takes a certain kind of company to fit the private equity mold.

Often PE firms want key players on board for years. And a PE deal is “a partial liquidity event,” Thompson said, since managers typically roll over their stake.

Private equity has been on a spree targeting ad tech stocks for removal from public trading. The PE firm Vector bought Sizmek and took it off the market, then Sizmek bought Rocket Fuel and took it private; Neustar, Marketo and MaxPoint were all bought by PE firms and de-listed in the past couple years.

With a longer time horizon than Wall Street or venture capital investors, private equity backing allows a company to “invest in a more strategic way around where we think the market is going to be,” Sizmek CEO Mark Grether told AdExchanger after the Rocket Fuel deal.

This exit category, consisting of telcos like Comcast and big marketing clouds such as Oracle, Adobe and Salesforce, is the meat and potatoes of ad tech M&A.

These corporate overlords may seem a little suit-and-tie for the startup set, but they regularly place industry-leading multiples on deals, and it’s tough to argue with that.

If you see a cloud acquirer as a real fit for your company, the key is to work your way as deeply as possible into their ecosystem, Thompson said. Board members and higher-ups won’t just come across your whitepaper or your startup’s name somewhere and pull the trigger. Deals in the space are made by companies with pre-existing partnerships pushed up from business development and mid-level managers.

China had a moment during 2016 when it looked like a cascade of inflated valuations on US technology could be coming from loosened Chinese purse strings.

“It’s safe to say that moment in time is summarily over,” he said.

Trade tensions between China and the US have stalled investments, he said, but “check back in 2020” to see if Chinese tech holding companies’ plans to snap up digital media and mar tech are still on the table.

But even without the geopolitical tensions, Western ad tech companies have grown more skeptical of Chinese investments.

Digital Capital Advisors represented AdBrain, The Trade Desk’s only acquisition, “and I can speak with confidence that [The Trade Desk] will be making more acquisitions,” he said.

Oath leaders, after taking a long pause to integrate AOL and Yahoo, will be back in a big way as well, he said.

Companies like Acxiom and Criteo aren’t general buyers, but they take a “tactical, surgical approach,” Thompson said, with public cash on hand and a history of fruitful buys. LiveRamp has pulled the cart for the past few years for Acxiom, and the same goes for Criteo with HookLogic.

AT&T’s powerful first-party data and media assets, notwithstanding the Justice Department antitrust group’s challenge to its merger with Time Warner, makes it a dream buyer for many in the space, he said.

Ad tech companies have taken such a beating in recent years that many entrepreneurs don’t see much hope even if they have a good idea, he said, “but there’s a path forward. There’s a North Star.” 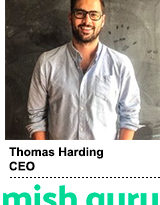 December 20, 2018 Programmatic Comments Off on How To Cure Brands’ Social Media Headache: Instagram And Snapchat Stories 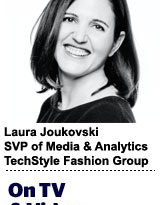 TV Advertising Is Challenging, But Measurement Offers A Lifeline

August 21, 2017 Programmatic Comments Off on TV Advertising Is Challenging, But Measurement Offers A Lifeline 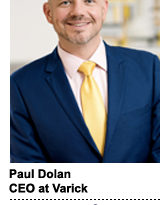 The Democratization Of Media Buying: Platform Economy Helps Challengers Get An Edge

April 12, 2019 Programmatic Comments Off on The Democratization Of Media Buying: Platform Economy Helps Challengers Get An Edge