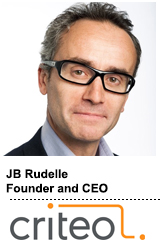 Criteo stock jumped after the earnings reports, as strong financials and its relatively optimistic outlook on GDPR and ePrivacy regulations in the European Union assuage some of the investor concerns weighing down the company.

Over the next quarter, Criteo is projecting growth to be about flat, between negative 1% and 1%, as the impacts of GDPR start to impact the bottom line.

One investor said Criteo’s forecast for near-zero growth is strong compared to his firm’s expectations before the call.

Despite Criteo’s conservative outlook on the supply side, where publishers are reining in vendors while they test new opt-in and disclosure policies, Criteo CEO JB Rudelle, the founder and former CEO who resumed the position from Eric Eichmann last week, said advertisers are less concerned and want to keep as much of their media plans as they effectively can.

Investors and the tech industry are nervous about GDPR in large part because there isn’t clarity or precedent for the law.

GDPR can even be an opportunity for a scaled company to help partners comply, compared to smaller companies that will be more conservative, Fouilland said.

GDPR will introduce risk and reward to the ecosystem.

The Shopper Graph now accounts for more than half of Criteo’s revenue, but the audience personalization and multipurpose data has made the company a target for short-sellers and industry critics who expect the product to be scrutinized under GDPR.

Walled garden platforms have an advantage under GDPR because they can tightly control data products, Rudelle said, but it’s unlikely that EU regulators and the ePrivacy law working group will quash European companies in ways that allow some competitors (i.e., US tech giants) to conveniently add market share.

Criteo has been cautious because there are real risks and changes for GDPR, Fouilland said, “But in the longer term, we are confident ultimately that the spirit of the regulation is not to restrict the online industry from doing targeted advertising.” 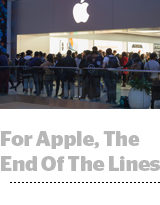