Starting Wednesday, publishers can include Audience Network inventory in their in-app unified auctions. All formats will be available, including display, native and video.

Facebook joins a long list of other platforms that have gotten jiggy with in-app header bidding in recent months, including Google’s AdMob, Oath, MoPub and an array of third-party vendors.

As with header bidding for the mobile web, Facebook isn’t building any technology to support app bidding. Rather, the app inventory is being piped into the real-time auction either through partners – MoPub, Fyber and MAX to start (they also provide the tech to run the auction) – or a publisher’s own homegrown server-side solution.

It doesn’t make sense for Facebook to add “yet another technological layer,” said Alvin Bowles, Facebook’s VP of global publisher sales and operations.

“Publishers have their own preexisting relationships and changing out their pipes isn’t necessarily something a publisher really wants to embark on,” he said. “Working with partners allows us to be able to offer a solution that doesn’t force publishers to make a difficult decision from an engineering, product or API perspective.”

Working with partners also lets Facebook provide an ad tech solution for publishers without actually having to create any ad tech. Over the years, Facebook has slowly but surely pulled away from most of its ad tech endeavors, including shutting down its video SSP, turning off its ad exchange and scrapping a plan to build a DSP for Atlas.

Despite that track record, “ad tech hasn’t gone away” at Facebook, Bowles said.

“But we feel that the best way for Facebook to play in the ad tech space is to leverage the things we do best, and that’s data and demand,” he said. “Those are the things that deliver outcomes for publishers and consumers.”

Facebook’s app bidding offering has been in the works for nearly a year, and after several months of intense stress-testing of the various integrations, its publisher partners are generating some sweet results, said Yoav Arnstein, director of product marketing and publisher solutions at Facebook.

Since adoption, Rovio, which monetizes using its own in-house ad server tech, has seen revenue uplifts of up to 20% in some instances.

Programmatic clearly owns the future of app monetization. That doesn’t render waterfall or mediation obsolete by any means, though, Arnstein said.

“What we see here is an opportunity to start transitioning to something more efficient, and programmatic is simply a more efficient way to transact inventory than the waterfall,” he said. “But some of the bigger publishers out there still want to trade and invest in a more direct or upfront fashion sometimes, and technology platforms will still need to create room for that.” 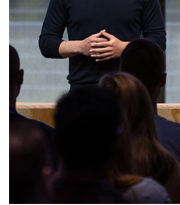 July 24, 2019 Programmatic Comments Off on Facebook Beats Earnings Expectations The Same Day It Gets Hit With A $5B FTC Fine 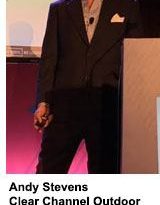 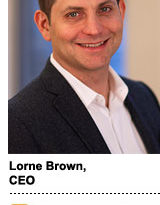