“Ad-supported viewing remains one of our strongest growing segments,” he said. “It’s a fertile area of investment for us, and we’re making progress on engagement and monetization.”

Roku now does business with 50% of the top 200 US advertisers, most of which are in the renewal phases of their contracts with the platform.

“This is really the first year in which advertisers are proactively planning for OTT as part of their annual TV spending plan,” Roku chairman and CEO Anthony Wood said on the call.

Programmatic will be core to Roku’s success as buyers ramp up their spending on the platform. In July, the streaming giant launched an Audience Marketplace that lets publishers use its first-party data to sell ads on its platform. Turner, Viacom and Fox were launch partners.

“The Audience Marketplace is programmatic at its core,” Rosenberg said. “Data-driven selling and programmatic-based techniques are, in our opinion, a central component of the way TV advertising is going to be traded.”

Roku created more video inventory on its platform in September when it launched The Roku Channel, its owned-and-operated ad-supported channel that offers viewers everything from free blockbuster movies to TV shows.

Within a year, The Roku Channel has become a top five reach channel on the platform, Rosenberg said. In Q2, Roku expanded the channel into Canada, launched a web-based version and added live news to its collection.

Roku also sees big strategic opportunity to use The Roku Channel to create new advertising experiences for buyers. Because Roku represents ad sales for all content on the channel, it can work with advertisers to create custom sponsorships for its platform.

“[The Roku Channel] is already a material contributor to our ad sales, not just in terms of raw volume but also the opportunity for us to create new ad experiences, because it’s a wholly controlled experience,” Wood said. “We are regularly crafting sponsorships in The Roku Channel as unique experiences.”

Rosenberg didn’t break out ad revenue for The Roku Channel, but one analyst estimated it could account for up to 15% of total ad revenue.

January 3, 2019 Programmatic Comments Off on AI Is Eating Advertising – And 2019 Will Be Critical For Getting It Right 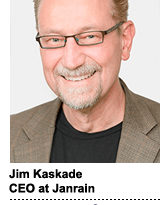 January 8, 2019 Programmatic Comments Off on Everything Is PII 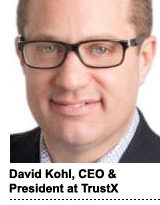 September 5, 2018 Programmatic Comments Off on Mind The Gap: Addressing The Digital Brand Deficit