Skip to content
<p>"On TV And Video" is a column exploring opportunities and challenges in advanced TV and video. Today’s column is written by Brad Smith, senior vice president of revenue and operations at Videa.​ Cross-platform media buying and selling is not a new concept. A few years ago, the idea of integrating linear TV with over-the-top (OTT),<span class="more-link">... <span>Continue reading</span> »</span></p> <p>The post <a rel="nofollow" href="https://adexchanger.com/tv-and-video/a-true-omnichannel-ecosystem-with-tv-at-the-center/">A True Omnichannel Ecosystem With TV At The Center</a> appeared first on <a rel="nofollow" href="https://adexchanger.com">AdExchanger</a>.</p><img src="http://feeds.feedburner.com/~r/ad-exchange-news/~4/LAlU7kNXuFk" height="1" width="1" alt="" />

Today’s column is written by Brad Smith, senior vice president of revenue and operations at Videa.​

Cross-platform media buying and selling is not a new concept. A few years ago, the idea of integrating linear TV with over-the-top (OTT), connected TV and other digital alternatives opened a world of possibilities to the TV ad industry.

A multichannel approach to campaign planning and executing would solve some of the biggest problems caused by digital disruption. Marketers would have a way to track their target audience across the intricate puzzle of screens that TV had become. And they would be able to do that strategically and efficiently, with a holistic approach that would allow them to plan and execute campaigns from a wider perspective.

At the same time, broadcasters and content providers would benefit from this approach by optimizing inventory pricing and offering greater addressability capabilities.

However, it wasn’t until recently that the industry started to activate on that vision.

Despite significant investments in advanced TV technologies, a recent Advertiser Perceptions study revealed that convergence of the channels isn’t widespread just yet. How is it possible that, although most advertisers surveyed intend to plan and buy TV and digital video together, only 53% actually consider them together while planning campaigns? What challenges keep the industry from becoming a true cross-platform ecosystem?

The biggest challenge to adoption for both the buy and sell sides is relative value. Because of the way silos traditionally separate media types, they are attributed relative values that might not hold true in a data-rich targeting approach. Silos and walled gardens will be solved by automation.

This will only work with one key concept: transparency. We need rules of data integration, sharing and open standards if we really want to create a fully integrated ecosystem. Data privacy is a major roadblock, especially on the heels of recent global events, but so is the lack of industrywide open standards. A common currency with which marketers can easily execute across today’s myriad of media territories is what’s necessary.

The second challenge to an integrated cross-platform ecosystem is deciding what it should look like. Although digital ad spending, video on demand (VOD) and other forms of nonlinear TV keep gaining traction, new research from the Video Advertising Bureau shows that live TV is still king. Most consumers still watch their favorite programs live, which makes TV the ad platform with the biggest reach and best quality of data.

I see success in a cross-platform model that holds TV at its center as the fundamental glue that brings together digital, VOD, OTT and other platforms to unlock the true potential of cross-channel data and efficiencies. In any TV buy, there is a waste factor due to mistargeted ads and other inefficiencies, which can be as high as 25-30%, depending on the mode of delivery. If we are able to recoup even a portion of that waste through smarter integration, then both the sell and buy sides win.

TV provides the best opportunity to larger advertisers who are constrained to quality impressions. Greater data integration and strategies such as cross-pollinating geolocation with advanced TV viewing data will ensure audiences react to advertising in a way that is meaningful to the advertiser and the brand.

But first, the industry needs to collectively push for the steps that will ultimately unleash the power of true cross-platform selling and buying. Greater automation, the fall of walled gardens and more cooperation among media silos need to happen. Broadcasters, marketers, advertisers and ad tech companies must adopt open standards that serve as a common currency for omnichannel and address data transparency, privacy and other issues.

We’re just a few steps away from making the dream a reality. Whether or not we get there sooner rather than later is in our hands. 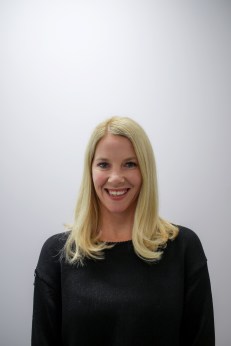 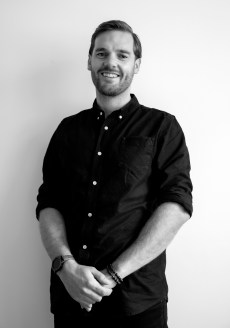