Advertisers are moving over the top.

Over-the-top TV (OTT) ad spend will grow 40% to reach $2 billion this year, according to Magna’s US Ad Spend Forecast Fall 2018, released Thursday. And addressable TV campaigns will reach $800 million in 2018.

The uptick in OTT investment is driven by consumer adoption of smart TVs and set-top boxes; 84 million homes will be reachable by non-traditional TV ad campaigns this year, Magna predicts.

“People are still watching on an old-fashioned TV set, but not necessarily through cable or satellite,” said Vincent Letang, EVP of global market intelligence at Magna and author of the report. He added that 80% of US households will be reachable through connected TVs this year.

Consumer adoption of OTT offers more opportunities for advertisers to run targeted TV campaigns at a much larger scale. It also opens more inventory types for advertisers, like banner ads on the connected TV menu.

Still, OTT spend pales in comparison to the $63 billion national linear TV market. Despite better targeting and measurement, there’s too much fragmentation and not yet enough scale for advertisers to reach a broad audience on OTT.

“It’s complex at the moment, but it’s always like that in a nascent format,” Letang said. “We have no doubt that over time, new metrics and tools will make it easier.”

Despite loyalty from advertisers in the pharma, auto and CPG sectors, national linear TV ad spend will grow just 1% this year, excluding impact from cyclical events like the Winter Olympics and midterm elections. TV continues to command high prices even as ratings erode by 10% to 12%, Letang said.

“National TV is still the way for brands to reach large portions of the population in a short time, to build a brand and launch a new product,” he said. “The efficiency of TV for that marketing is proven and measurable.”

For the first time this year, digital will represent 51% of all ad spend and surpass the $100 billion mark, cementing its dominance over traditional formats.

“Except for work or personal finances, people hardly ever use a computer these days,” Letang said. “When they do, they use ad blockers increasingly.”

Within digital, social media grew by 38%, online video by 27% and search by 18%. Meanwhile, non-digital ad sales will fall by 4.6% this year overall.

But Magna predicts digital ad spend growth will slow to 12% in the second half of 2018 because that growth is mostly fueled by small advertisers.

“It has to slow down at some point,” he said. “It’s hard to know how much longer increasing spend from small businesses can grow it that much.”

Digital has been a boon to some linear media formats. Out-of-home is expected to grow by 3% this year overall to $7.4 billion, thanks in large part to a 13% growth in digital spend. But digital will drag down overall audio growth by 3.2% this year thanks to Pandora launching a subscription tier, which shrank the amount of inventory in the ecosystem.

Overall, Magna predicts the ad market will grow 6.9% this year to reach $209 billion, its largest growth spurt ever. That’s half a percentage point higher than Magna’s prediction of 6.4% in June, thanks to a strong economic market.

“Half a point is really significant,” Letang said. “It says something about the strength of the first half.” 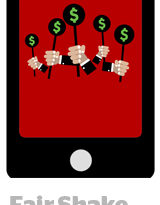 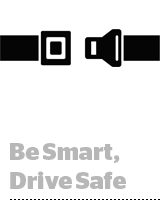 August 22, 2017 Programmatic Comments Off on Let’s Talk About The Brand Safety Tax 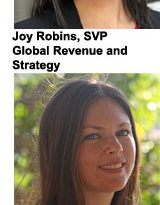 Quartz On Chasing Quality, Not Quantity In The Video Experience

October 26, 2017 Programmatic Comments Off on Quartz On Chasing Quality, Not Quantity In The Video Experience