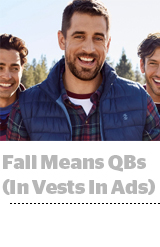 An ad campaign launched this month by IZOD, the men’s fashion company, encapsulates the advantages of in-housing marketing, from creative strategy and production through post-campaign attribution.

The company doesn’t work with outside agencies, but has an agency model that serves constituents within the company instead of various brand customers, said Mike Kelly, chief marketing officer for PVH Heritage Brands, which includes Izod, Van Heusen and Speedo.

“The difference is that all the efficiencies we create, including media-buying, we drive back in to media and the brand,” he said. “That’s what a lot of brands can’t [do] these days and it gives us an angle in a highly competitive market like the US where share gains must be taken from others.”

But Kelly said the minute-long commercial also works as a series of Snapchat or Instagram Stories posts, in a six-second YouTube bumper or as material for influencers to riff on.

“We’re all sitting here working together so it’s this super-tight loop between people who are producing and editing content and the live media actions,” he said.

Having those capabilities in-house, as well as audience data assets like DMP and ad server, gives the company a stronger pulse on its brand, Kelly said.

Izod needs to measure viewer sentiment online and whether the campaign drives foot traffic or high performance on in-store marketing, he said, which could change the content or how it’s edited for videos the next day. Normally, that effort could involve corralling a consulting firm, multiple agencies and a coterie of vendors.

In-house marketing is especially important for brands like PVH’s heritage portfolio that sell mostly via department stores and Amazon and not through direct channels, Kelly said.

“It’s much trickier with IZOD than a brand that’s five or 10 years old because we’re constantly managing existing businesses and working to reach this next-gen male, someone turned off by this old way of advertising, while not disenfranchising current customers,” Kelly said.

Startup fashion brands tend to have in-house marketing because advertising is more critical and accounts for a large part of overall spending.

But established companies can foster direct-brand relationships without becoming consumer-direct brands by owning more of their marketing, Kelly said.

Some marketers avoid in-housing because of the potential falloff in data and measurement. But Kelly said an overreliance on data is one of the reasons to eschew agencies and vendors where possible.

“All the attribution models are at best slightly flawed, usually worse,” he said.

The PVH marketing group works with ad tech companies to establish ROAS, and has other data sources and retail partners who contribute data to measure store lift.

There are a lot of disputes right now about what to measure and what drives the business, Kelly said. “But you’re making a mistake if all you do is follow the data.” 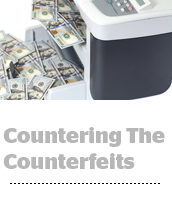 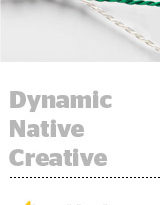 August 15, 2017 Programmatic Comments Off on Xaxis-Owned Plista And Jivox Hook Up To Blend Native With Dynamic Creative 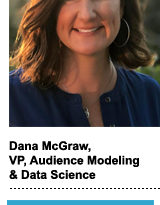 June 20, 2019 Programmatic Comments Off on Disney’s Data Honcho Discusses Its Unique Approach To Audiences, The Disney ID And Integrating Fox