The data management platform (DMP) category is now a three-horse race, with Salesforce gaining on Oracle, and Adobe nipping at their collective heels.

“Salesforce is definitely on an accelerated path,” said Kevin Mannion, chief strategy officer at Advertiser Perceptions, which released its Q1 2018 DMP wave on Tuesday. “Its upward movement is the most obvious trajectory we’ve seen.”

Despite Oracle’s name recognition and historical strength with key funnel metrics, such as consideration and purchase intent, Salesforce has caught up and is nearly neck and neck with Oracle among advertisers who plan to use a DMP within the next year. Adobe is a solid three across most measures.

Salesforce also improved its net promoter score, a mark of client loyalty that had lagged considerably last quarter – a “red flag,” Mannion said. But advertisers are now as likely to entertain Salesforce in their consideration set as they are to recommend its DMP to colleagues. (Adobe’s net promoter score slipped from the first spot last quarter to the fourth in Q1; Neustar is now third.)

“Oracle hasn’t declined so much as Salesforce has moved up to meet them – and in some cases get ahead of them,” Mannion said.

How is Salesforce making so much progress with advertisers? It isn’t sitting still.

Advertisers say Salesforce is leading with the quality of training it offers, its tech expertise and its clear articulation of its vision and road map. It’s also edging ahead in coverage and communication. Advertisers report having far more in-person meetings with Salesforce sales reps than Oracle reps.

“It’s about the client relationship,” Mannion said. “Salesforce is doing a better job of demonstrating the customer experience and the effectiveness of their product. They’re communicating their story better and that helps instill confidence that they’re leaders.”

That’s not to say Oracle isn’t a leader in the DMP category, but it “hasn’t been as clear with clients as we’ve seen with Salesforce,” Mannion said.

“Oracle certainly has the name and the legacy,” he added, “but clarity is what brings the excitement.”

Don’t Disregard The Other Guys

Although Salesforce, Oracle and, to some extent, Adobe, garner most of the attention, other legacy players are also on advertisers’ radars.

Neustar and Lotame garner less consideration than the top three, but both score higher than Oracle and Adobe for their ability to integrate third-party data. Lotame and Neustar also lead for lookalike modeling, while Neustar receives high marks for audience segmentation.

“They have a small base, so it’s harder for them to grow, but they’re doing a good job with that smaller base, and marketers and agencies seem happy with their capabilities,” Mannion said.

Adobe, however, had possibly its roughest quarter since the study began in 2016, Mannion said. Adobe trailed off in several key metrics, including net promoter score, which dropped from the top spot in Q4 of 2017 to fourth in Q1 of 2018.

“Our clients certainly consider Adobe to be a long-term player, but we’re seeing a similar dynamic as with Oracle,” Mannion said. “Both have been fairly quiet and they’ve been far less aggressive in terms of getting in front of clients compared with Salesforce.”

But the pureplay guys aren’t the only DMPs on the block. There’s also The Trade Desk, MediaMath, ONE by AOL, eXelate and a host of other players that rank high with advertisers.

Lumping them all together, however, is confusing, Mannion admitted, because it’s not an apples-to-apples comparison. “Is Oracle really competing with The Trade Desk or MediaMath? In fact, they’re probably partners,” he said.

Starting with this report, Advertiser Perceptions separated the “pure” DMPs – Salesforce, Oracle, Adobe, Neustar and Lotame – from the hybrid providers that also offer a demand-side platform or other martech capabilities.

“We’re finding that the hybrids are also the leaders in the DSP category,” Mannion said. “They lead with their DSP, but they also have viable, strong DMPs, so we can’t discount them.”

The Trade Desk led among hybrid DMPs in terms of usage by a sizable margin, with MediaMath in the second spot and ONE by AOL in third, followed by eXelate, Sizmek, Viant, Amobee, Conversant and mParticle.

CDPs On The Horizon

Now that advertisers seem fairly comfortable with DMP offerings and how they compare, it’s time to toss in a new wrinkle: customer data platforms (CDPs).

Advertiser Perceptions found that only 7% of advertisers use a CDP, but 40% say that they’re familiar with the technology and are actively exploring it.

Consider this: Oracle, Adobe, Segment, Salesforce, Treasure Data, BlueConic and RedPoint Global, in that order, are the companies marketers most associate with CDPs. But when asked which CDP they’re using or considering, marketers didn’t mention the smaller companies on that list – Segment, Treasure Data, BlueConic and RedPoint. MParticle is listed as one of the CDPs advertisers say they either use or are considering, but they don’t cite it as one of the companies that come to mind when they think of a CDP.

“This is still in the early stages – and there’s always a lot of confusion in the early stages,” said Mannion, noting that Advertiser Perceptions is studying the space and considering whether to break CDPs out into their own wave starting in 2019. 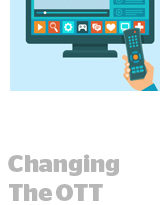 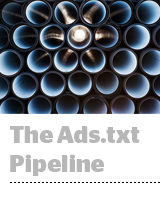