Skip to content
<p>In-market auto is one of the most prized data segments – and it’s notorious for being inaccurate with artificially large scale, which makes it emblematic of the problems with third-party data. First-party in-market auto data, however, is another story. VerticalScope, which operates over 600 niche automobile sites about various car makes and models, knows what<span class="more-link">... <span>Continue reading</span> »</span></p> <p>The post <a rel="nofollow" href="https://adexchanger.com/publishers/verticalscope-uses-reader-data-to-find-elusive-in-market-auto-segment/">VerticalScope Uses Reader Data To Find Elusive In-Market Auto Segment</a> appeared first on <a rel="nofollow" href="https://adexchanger.com">AdExchanger</a>.</p><img src="http://feeds.feedburner.com/~r/ad-exchange-news/~4/dJ9OIT_UVKs" height="1" width="1" alt="" />

In-market auto is one of the most prized data segments – and it’s notorious for being inaccurate with artificially large scale, which makes it emblematic of the problems with third-party data.

First-party in-market auto data, however, is another story. VerticalScope, which operates over 600 niche automobile sites about various car makes and models, knows what content its readers are consuming and posting about, giving it an edge in creating automobile market segments.

Unfortunately, many of its sites and forums – like CadillacOwners.com, GM Truck Club and CR-V Owners Club – are populated by car owners.

“Forums are not perceived to be ‘in-market’ or lower funnel,” said David Domitrovic, senior sales engineer of client success at VerticalScope.

Logically, though, a portion of VerticalScope’s readers are researching a new car purchase. If the publisher found those readers for car advertisers using its first-party data, it could offer a lucrative, high-performing audience.

VerticalScope first used natural language processing to segment its content. Once it segmented content, it tracked reading behavior it believed correlated with in-market auto behavior and used data-management platform Lotame to build a segment from that information.

Categorizing forum content was challenging. It’s difficult to tell what make and model a reader was researching, since they could be discussing a make and model within multiple topic sections. Or they might say “3 Series” without mentioning the BMW brand. With the help of natural language processing, the data science team correctly tagged make and model for 81% of the forums’ pages and pixeled them accordingly.

VerticalScope layered in other reader browsing patterns to determine if someone was truly researching a car. Looking at car comparison pages, quote request pages, sale or classified sections, for example, means they’re extremely likely to be in-market for auto.

The results came in fast and furious.

An auto advertiser that used the in-market auto segment saw its average CPA fall by one-quarter during a campaign in July and August. Click-through rate increased 70% for the client.

Advertisers can also activate programmatically using this data. “We consistently find they bid higher and more on the in-market segment. So, it must be working,” Domitrovic said.

The publisher also invites clients to run an A/B split, using their own data and VerticalScope’s data, and see which one performs better.

From third to first

VerticalScope’s segmentation method reduced its reliance on third-party data – which it used to add, despite its inaccuracy.

The use of data allows VerticalScope, which Domitrovic acknowledges is seen as a mid-funnel player, to finally capture in-market advertiser budgets further down the funnel.

Next, VerticalScope plans to expand the project by bringing its segmenting strategy to its powersports vertical, helping advertisers find people interested in buying equipment like motorcycles, ATVs, snowmobiles or tractors. 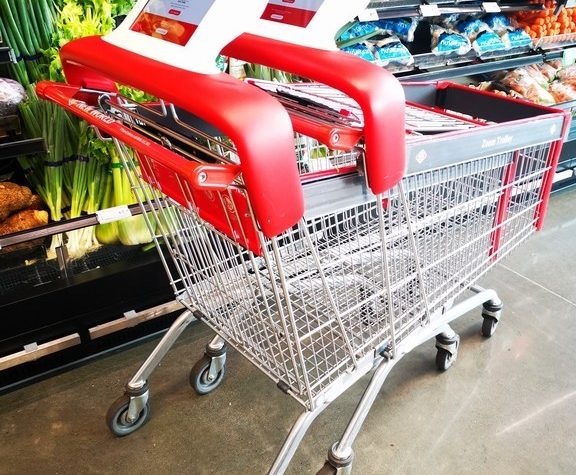