Will privacy legislation be the death of the third-party data ecosystem? Not according to the IAB Data Center of Excellence.

Marketers are on tap to spend $19.2 billion on third-party audience data as well as technology and solutions to manage, process and analyze all that data, according to a joint IAB/Winterberry Group report released Wednesday.

That’s a 17.5% year-over-year increase in spend on third-party data and related infrastructure – despite regulatory headwinds, namely the General Data Protection Regulation in Europe and the California Consumer Privacy Act on tap for 2020 in the United States.

The report is based on a combination of primary research and an analysis of public financial info published by US commercial data brokers.

But are advertisers kidding themselves by shelling out on data that could become privacy kryptonite? Not necessarily, said Forrester principal analyst Fatemeh Khatibloo. Third-party data isn’t “intrinsically bad,” she said.

“That said, I do think there are a lot of heads in the sand, including the IAB’s, and I don’t think marketers or agencies are asking enough hard questions about the provenance or validity of the data they’re buying,” she said. “From a pure business resilience perspective, the industry is not prepared for the day when third-party PII isn’t so readily available.”

Even so, marketers are spending more on digital data than ever before. For the first time this year, spend on third-party digital data assets (up 36.9% to $3.67 billion) will outstrip spend on more old-school PII assets, such as name and physical address (up 2.5% to $3.62 billion), according to the IAB.

Marketers are also increasingly interested in data that can help them suss out identity across devices. Spend on identity-related audience data is on tap to grow by just over 50% to around $850 million.

And another reason US companies are forging ahead with a business-as-usual approach: They’ve got time. It’s a solid year before the California law officially hits the books. They also have the benefit of observing the scene in Europe.

“We took our cues from what happened with GDPR implementation, so we know how to move forward in 2020 to be smarter,” said Orchid Richardson, VP and managing director of the IAB Data Center of Excellence.

Of course, lack of clarity around the US data privacy situation makes prep sort of tricky. The California law isn’t set in stone yet; tech and ad industry lobbyists are advocating for a federal privacy law to try and circumvent the headache of dealing with state-driven privacy rules, and with a divided Congress, the path toward that federal reg is unclear.

With so much in flux, seems like it would make sense for advertisers to be more cautious in how they use third-party data.

But caution is not what’s needed, Richardson said.

“Advertisers just need to be more strategic in how they prepare and adjust,” she said, pointing to the booming DTC space. There’s value to be had in third-party data, despite the bad rap it often gets for murkiness and inefficiency. 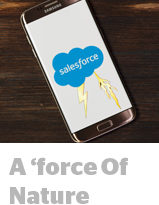 How The New Salesforce CDP Could Consolidate Cloud Marketing

June 20, 2019 Programmatic Comments Off on How The New Salesforce CDP Could Consolidate Cloud Marketing 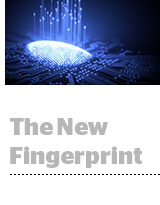 Banks And Retailers Track Your Every Move; Spotify Poised To Surpass Pandora

August 15, 2018 Programmatic Comments Off on Banks And Retailers Track Your Every Move; Spotify Poised To Surpass Pandora 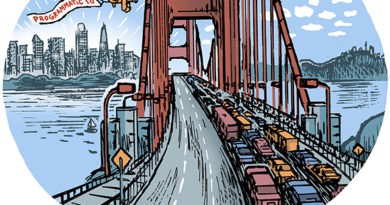