Late last year, Havas Media began formalizing rules for how it works with SSPs and exchanges. The rules required them to shed light on previously non-transparent practices, like publisher fees, supply quality, access to log-level reporting and auction dynamics.

And IPG Mediabrands sent out requests for information (RFI) to SSPs last spring and audited the 80-plus exchanges it plugs into to learn more about supply quality. The group is now revising the RFI to dig deeper into business practices, said Jean Fitzpatrick, VP of marketplace innovation at MAGNA Global.

Agencies have already put the squeeze on their demand-side tech partners to be clear about margins and fees. Now they’re coming after SSPs as well.

“Agencies are waking up to the fact that they need to lean in beyond the DSP,” said Nate Woodman, chief data officer at Havas Media.

Agency scrutiny has long-term implications for the sell-side tech market, and is starting to spur mass consolidation as agencies buy from a slimmed-down list of exchanges.

Putting it on paper

Clarity in sell-side business models has become critical due to header bidding, which allows buyers to choose the most efficient path to supply. To do so, they need to understand exchanges’ opaque rev-share models with publishers.

If an agency bids $1 through an exchange that has a 30% rev-share with publishers, that bid would submit at 70 cents. But another exchange with 10% rev share would submit that same bid at 90 cents and win the auction. If the agency doesn’t know about those business arrangements, they’ll have no insight into why they lost.

“If the fees are passed to the publisher, the publisher will prioritize the bids coming in with the lowest fee,” said Mike Venables, executive director at Hearts & Science.

Nuances like that are why Mediabrands mandates SSPs and exchanges charge a single, transparent publisher fee. The agency also asks they sign an agreement to not tack on additional fees in the future.

“As we get a better grasp on how their business impacts our business, that’s something that maybe we can start to control,” Fitzpatrick said.

Some agencies are implementing codes of conduct as a condition of working with their clients, with requirements to disclose practices like bid caching and make auction dynamics transparent.

“We want to work with quality partners delivering value to our advertisers,” said Manny Hernandez, VP of display activation, NA at Essence. “To make sure that’s happening, we have to go deeper than the industry has in the past.”

The agency push for transparency is starting to spur consolidation across the sell-side tech landscape, as buyers realize they can work with fewer partners and see better results.

“There’s no way to responsibly work with those businesses at that scale,” Fitzpatrick said. “If we can consolidate onto a few exchanges, we’ll better understand the best path to purchase.”

Agencies interviewed for this story found that turning off SSPs and exchanges had no impact scale. After Havas Media whittled down its partners from 40 to about eight, it saw immediate improvements on brand safety and an increase in working media dollars. A similar test at Mediabrands revealed a massive amount of reselling between SSPs and exchanges.

“The transparency in pricing allows us to make better decisions,” said Lisa Smith, VP of marketing at Reynolds, a Havas Media client. “I’ve seen results in getting better inventory.”

But even after an initial round of culling, agencies still feel like there are too many SSPs and exchanges on the market.

“A majority of our spend is with the top exchanges already,” Fitzpatrick said. “If we wanted to impact the business, we’d have to consolidate to even fewer.”

SSPs and exchanges must comply with agency demands, or risk having their pipes turned off.

Platforms with connections into premium publishers work closely with agencies. Rubicon Project, which helped Havas develop its code of conduct, eliminated buy-side fees in 2017 in response to demands for more transparency.

“The industry is learning there’s no need for this vast number of exchanges and SSPs,” said Adam Soroca, head of Rubicon Project’s global buyer team. “Buyers are going to put money through the channels they trust. So, whatever they’re looking for, we provide.”

PubMatic is also responding to agency demands, recently inking a deal with Goodway Group that lets the agency control its buy-side fees as it increases spending through the exchange.

“SSPs and exchanges that do not meet [agency] standards will struggle,” said Kyle Dozeman, VP of advertiser solutions at PubMatic, in an email to AdExchanger.

AppNexus worked with GroupM to find low-fee paths to supply. In December 2018, it reworked the majority of its publisher contracts so it could reveal its tech fees to buyers. And Index Exchange offers a portal where advertisers can access granular impression, revenue and bid cycle data as well as performance metrics.

Sell-side platforms can stand out with good customer service or by sharing more data with buyers. While this may not differentiate them in the long term, “it could be advantageous if they are ahead of the curve,” said Essence’s Hernandez.

But as agencies continue to probe the supply chain, the future of SSPs and exchanges may resemble ad networks’ consolidation circa 2010, as advertisers moved to programmatic and those that couldn’t adapt withered. And while getting rid of players that don’t add value is good for the ecosystem, it could push more spend toward Facebook, Amazon and Google, which have access to unique supply and leverage to offer bundled deals across their stacks.

“The last thing you want is to have [Google] AdX soak up all the dollars that were going elsewhere,” Fitzpatrick said. “It’s part of the testing strategy to figure out how to spread dollars out.” 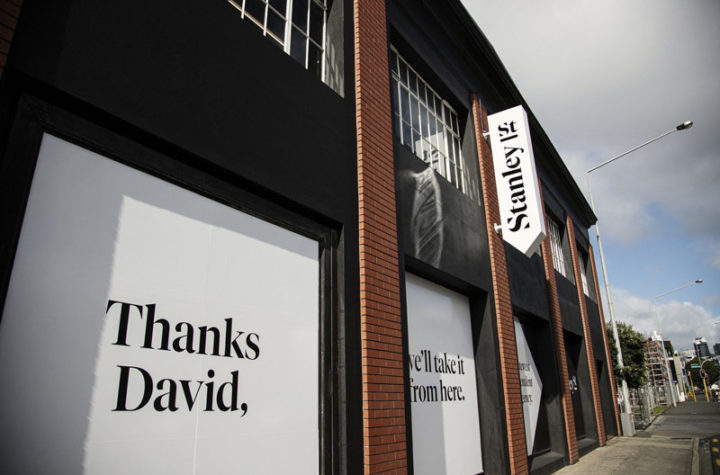