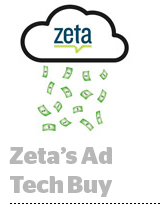 Sizmek will sell its data management platform, which it acquired with Rocket Fuel, and its demand-side platform to the marketing technology cloud Zeta Global on Friday in a deal worth up to $36 million.

If the deal is approved, Zeta will pay $5 million in stock and $10 million in cash, with another $20 million or so on the table depending how effectively Sizmek pays off its other debts.

Sizmek has been fielding offers on other parts of its business, like its core ad server accounts, the PointRoll dynamic creative company and Peer39, a contextual targeting solution. But it makes sense to close and announce the DSP and DMP deal as early as possible.

Many exchanges supply-side companies stopped accepting bids from Sizmek after it filed for bankruptcy two weeks ago, since they didn’t want to take on more credit if Sizmek defaults on those payments.

The number of impressions available on the Sizmek DSP dropped from 284,145,765 the week before its bankruptcy announcement to 60,607,433 earlier this week, according to a court filing on Friday.

“[Sizmek] must sell the DSP on an urgent, expedited basis to avoid the complete collapse” of its value, said CFO Sascha Wittler in the filing. “If the DSP is shut down or operating at just a fraction of its normal level, for too much longer, measured in days not weeks, advertising customers who are no longer able to place advertising through the DSP will have no choice but to transition wholesale to other providers.”

Zeta is betting that Sizmek’s supply partners will quickly resume trading with the DSP after it has a new backer. But Zeta insisted that the deal close by April 30, due to the diminishing value of the Sizmek’s DSP business. A hearing is scheduled for April 29th, when the court will review the deal.

Sizmek is considering offers for its ad server and other point solutions, according to sources, speaking anonymously due to nondisclosure agreements. Cerberus, the private equity company that owns Sizmek’s debt and must pay for ongoing operations, has told potential buyers it plans to close its review by April 23, though the approval process for those deals will extend into next month.

Sizmek’s creditors – the exchanges and SSPs Sizmek owed money to when it went bankrupt – could oppose the deal. However, creditors want Sizmek to get the most possible from its sell-off, since that impacts how much they’re paid back.

SSPs have been weighing their credit lines with Sizmek against the potential recovery of that debt. BidSwitch immediately shut down Sizmek demand after the bankruptcy petition last month. But it resumed trading this week, addressing publisher concerns about Sizmek defaulting by taking more risk for those campaigns, said CEO Barry Adams.

He said part of BidSwitch’s reason for resuming Sizmek trading was that some of Sizmek’s clients are major buyers for important publisher clients. But Adams also said that by supporting Sizmek’s business right now, it could improve offers for the company and eventually recoup more of its debt.

SpotX was owed more than $600,000 by Videology when that DSP declared bankruptcy last year. But SpotX has decent prospects to recover those losses because Videology sold to Amobee for a relatively strong $100 million, said COO and CFO Steve Swoboda.

Zeta considered buying Rocket Fuel in 2017, Steinberg said, but wasn’t competitive with Sizmek, which acquired the DMP for $145 million.

Unlike splashier acquisitions by Oracle, Adobe and Salesforce, Zeta has focused on buying point solutions at lower costs and generating the same advantages of scale across a subscription technology suite.

A programmatic buying platform has been “on the whiteboard” for a long time, Steinberg said, as a way to activate Zeta customers’ data assets.

Data and data services now account for 20-25% of our client’s media buys, he said. When it closes the Sizmek deal, Zeta can erase those data fees by offering data as a free service for DSP customers.

“Sizmek represented a unique opportunity to buy one of the world’s best-known DSPs to execute that strategy,” he said. 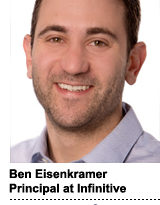 To Avoid Subpar ROI From Marketing Automation, Start With Integration And The Organization

May 29, 2019 Programmatic Comments Off on To Avoid Subpar ROI From Marketing Automation, Start With Integration And The Organization 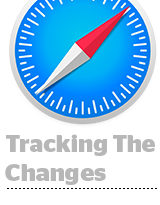 November 5, 2018 Programmatic Comments Off on Marketers Feel The Bite Of Safari Tracking Changes; Facebook Cashes In On Election Season 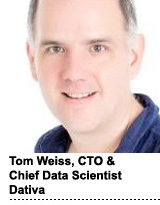