Although the Justice Department could try to block the proposed T-Mobile/Sprint merger (maybe), Federal Communications Commission Chairman Ajit Pai bestowed his blessing on the deal earlier this week.

And we know what happens when telcos achieve scale – they start thinking about data monetization and targeted advertising. Or at least that’s been the case for T-Mobile and Sprint’s main rivals.

“The major telecoms all want to become a Google or a Facebook or even an Amazon and, on paper at least, they should be able to do it,” said Mitchell Reichgut, CEO of Jun Group.

But ambition and scale don’t automatically equal success. Despite the roughly $9 billion it spent to acquire AOL and Yahoo, Verizon Media (formerly Oath) saw its revenue decline more than 7% in the first quarter to $1.8 billion, and the jury is still out on whether AT&T will prosper in the media biz.

T-Mobile and Sprint haven’t made any big moves toward advertising, and Sprint actually sold its mobile ad unit, Pinsight Media, to InMobi in October 2018.

Even so, merging entities could create a compelling data set that is “much more relevant to the advertising industry than each company would be alone,” said Florian Lichtwald, managing director and SVP of global data and telecom partnerships at Zeotap.

And any audience universe at the scale of a combined T-Mobile and Sprint is appealing to advertisers – in theory, at least, said Eric Schmitt, a research director and analyst at Gartner.

“In practice, for advertisers to benefit, audience targeting and measurement must be activated across the subscriber universe and against a meaningful pool of inventory,” Schmitt said.

And this, he said, is not likely to happen for at least a few years.

Or, perhaps not at all, said Brian Wieser, global president of business intelligence at GroupM.

The question isn’t whether a combined T-Mobile/Sprint has potential from a data-driven digital advertising and measurement perspective, but rather whether it has buy-in from brass. AT&T spent more than $140 billion to acquire DirecTV, Time Warner and AppNexus, all with the support of AT&T CEO Randall Stephenson at the top.

“It’s not about T-Mobile and Sprint being well positioned or not well positioned, it’s about investment,” Wieser said. “You can’t just show up, hire some salespeople and assign an engineer or two to create a product – there are bigger decisions to make.”

Like, where’s the inventory going to come from? A mobile carrier, Wieser pointed out, doesn’t automatically have monetizable advertising assets, so what is it that they’re going to sell without making a meaningful investment in content? They could take advantage of real estate on the phone, but it’s unlikely that consumers would accept ads on their lockscreens.

Perhaps it makes more sense for T-Mobile/Sprint to follow a different playbook entirely. T-Mobile, for example, finances free Netflix subscriptions for customers with certain plans, and Sprint does the same for Hulu.

“Carriers that stick purely to distribution of other companies’ media content, apps and data set themselves up nicely to be a neutral third party in the looming streaming wars,” Schmitt said. “This could be a very effective strategy for T-Mobile/Sprint.”

Rather than chasing ad-related revenue streams, T-Mobile and Sprint are focusing on fighting customer churn with incentivized deals. It’s worth pointing out, however, that AT&T is doing both – subscribers get free HBO thanks to the Time Warner acquisition.

And maybe T-Mobile/Sprint could do both, too. Rather than using consumer data for open-ended commercialization, there are privacy-friendly ways that carriers like T-Mobile and Sprint can enable ad targeting and measurement, Schmitt said.

“For example, aggregate and anonymous carrier data could be used to inform ad targeting and to inform delivery and verification metrics against advertiser audience segments,” he said, “provided there’s appropriate integration with third-party buying, inventory and measurement systems.” 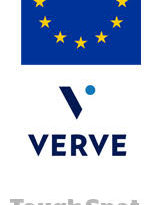 April 18, 2018 Programmatic Comments Off on Verve Closes European Business Thanks To GDPR

How Xaxis Is Navigating The New Online Identity Landscape

April 2, 2019 Programmatic Comments Off on How Xaxis Is Navigating The New Online Identity Landscape 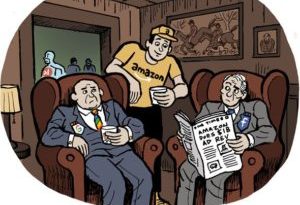