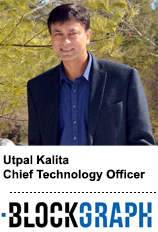 Comcast first mentioned its blockchain advertising ambitions in 2017 at Cannes, and since then the initiative has been incubated by Comcast’s FreeWheel ad tech subsidiary.

On Thursday, FreeWheel said it had hired Utpal Kalita as CTO of the Blockgraph business.

After bringing on broadcast partners and setting terms for the service, Blockgraph needs a tech chief and more product execs to handle its first product update cycle. The company plans to start running its first live campaigns next month.

Kalita said it will be the first time a marketer uses CRM data or other first-party audience data to match against a TV distributor’s targetable data, like household IP addresses or Wi-Fi networks, with the transactions and data use tracked by Blockgraph’s blockchain ledger system.

The three broadcasters pledging inventory to the platform so far are Viacom, Charter and NBCUniversal, a Comcast sibling.

Blockgraph will start with publishers and broadcasters, who want to enable targeting and measurability similar to ad platforms like Google or Amazon, but plans to launch separate products designed for direct brands and for agencies.

Media companies pay a fee to use the platform, listing their inventory and first-party data, as well as fees depending how much data they use, Kalita said. Marketers pay in tiers based on how many look-ups they do on broadcast data and the overall number of audience matches with their own data.

Blockgraph’s economics and monetization could change, though, as the business grows. “The platform is as good as the number of participants,” Kalita said. If Blockgraph proves its value proposition and goes from tens of millions of targetable audiences to hundreds of millions, value and products for the platform will shift further to the buy side.

Blockgraph is Kalita’s first foray into blockchain technology, following an ad tech career that has spanned Doubleclick, Xaxis, Telaria (née Tremor Video) and, most recently, a stint as CTO of the video mar tech company Eyeview.

Blockchain has a distorted “brand” because the enterprise technology use cases were mixed up with blockchain and cryptocurrencies as a popular fad and business gimmick, Kalita said.

“But it’s a powerful technology and industries with complicated supply chains are realizing the benefits,” he said, citing IBM’s work with Walmart and pharma companies like Bayer. 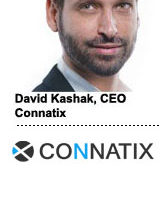 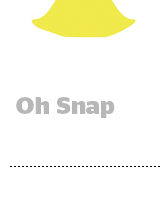 May 1, 2018 Programmatic Comments Off on Snap Takes A Revenue Hit From Unpopular Redesign 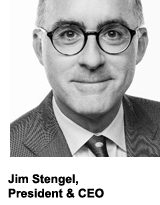 September 28, 2018 Programmatic Comments Off on Marketing Vet Jim Stengel Spent 25 Years At P&G And He’s Got Some Advice