Dun & Bradstreet has agreed to acquire Lattice Engines, a B2B marketing startup. D&B says it made the deal to add a customer data platform (CDP), a trendy category of tech companies that collect and manage consumer data. Lattice started as a lead-generation service for B2B marketers, and it was one of the early players in AI optimization. Terms of the deal were not disclosed and won’t necessarily be discoverable since D&B was delisted from the New York Stock Exchange, after it was bought by a group of PE investors for $5.4 billion last year. “This acquisition supports the strategy we announced when Dun & Bradstreet became a privately held company – to bring new technologies and innovation to our existing solutions, creating deeper customer value,” said D&B CEO Anthony Jabbour in a press release.

Walmart is revising its ecommerce strategy as Jet.com, previously an independently run subsidiary, is absorbed into the larger company. Last year, the Jet team saw it could get higher returns on marketing with Walmart.com than its own site, so Jet has dialed up spend there and sells more through a consolidated supply chain, according to a blog post by Marc Lore, the founder and former CEO of Jet who leads Walmart’s US eCommerce business. The Jet site and brand will remain, but it will focus on large cities where Walmart doesn’t have brick-and-mortar penetration and carry products not typically found in Walmart, like Apple and Nike. “While this has made Jet smaller from a sales perspective, it has helped us create a smart portfolio approach where our businesses complement each other.” More.

Publishers are turning to Twitch for video distribution. The Washington Post, Cheddar and BuzzFeed have created shows specifically for the gaming platform in the past year, Digiday reports. Publishers see it as an opportunity to grow their following with a vocal and active community, and Twitch’s in-stream ads are a powerful carrot. “Unlike some platforms, Twitch has clear pathways to monetization,” said Phoebe Connelly, The Post’s deputy director of video. Twitch is a core revenue driver for BuzzFeed’s gaming brand, BuzzFeed Multiplayer, but it’s not just working for endemic pubs. Cheddar streams an hour of Twitch content every day on a show called “Cheddar Esports,” and The Post streams news broadcasts on the platform. “Our interest in Twitch is a symptom of our interest more generally in making sure we’re not just making great video and distributing through The Washington Post but paying attention to where people are watching video online,” Connelly said. More. 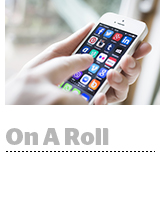 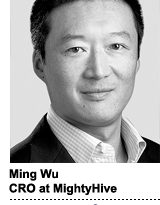 The Seventh Deadly Sin Of Digital: Reach And Frequency

April 23, 2018 Programmatic Comments Off on The Seventh Deadly Sin Of Digital: Reach And Frequency 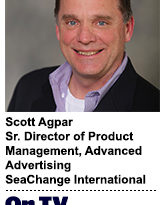 How OTT Video Is Transitioning The Ad Insertion Model

October 4, 2018 Programmatic Comments Off on How OTT Video Is Transitioning The Ad Insertion Model