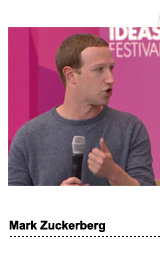 Last year, Mark Zuckerberg went on a Cambridge Analytica apology tour. This year, he’s got a new theme: DC, bring on your regs.

In the absence of regulation, “we’re going to do the best we can,” the Facebook CEO said Wednesday during a fireside chat at the annual Aspen Ideas Festival.

But private companies, he argued, shouldn’t be “the final word” when it comes to making decisions about what constitutes free speech or what sort of political advertising is acceptable during an election. Self-regulation is useful to a point, but lawmakers need to intervene.

Zuckerberg has been banging that drum for a while now.

Facebook has been trying to deal with a legion of high-profile scandals largely of its own making.

It’s worked to eradicate election interference, stem the spread of harmful content on its platform and address privacy issues (many, many privacy issues). Facebook has also spent billions of dollars on safety and security, more, Zuckerberg said, than the company’s total revenue at the time of its IPO.

But there’s still “very little we can do on our own to change the incentives for nation states to act,” he said.

While Zuckerberg is all for governments stepping in so that all online companies follow the same rules, he was far less amenable about the prospect of breaking up Facebook and other big tech platforms, as called for by Democratic presidential candidate Elizabeth Warren among a host of others.

“I can get why, politically, saying you want to break up the companies feels nice,” he said, “[but] the reality is, we want to make sure the things we do actually address the problems.”

Breaking up big tech doesn’t make election interference go away or automatically make toxic content disappear, Zuckerberg said, but it would vitiate Facebook’s ability to use its vast scale and immense resources to try and solve these problems for multiple services, not just core Facebook. Break up Facebook, and then Instagram, WhatsApp and Messenger would have to go it alone.

Sure. However, some of these problems only exist because Facebook is so large.

But smaller platforms such as Reddit and Twitter are far from immune, Zuckerberg noted, spouting Facebook’s latest favorite talking point: Not all mergers are bad for innovation.

“It’s not the case that if you broke up Facebook into a bunch of pieces you suddenly wouldn’t have those issues,” Zuckerberg said. “You would have those issues, you would just be much less equipped to deal with them.” 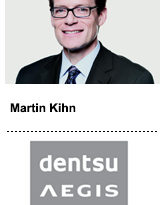 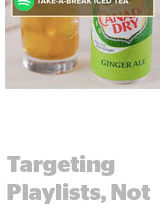 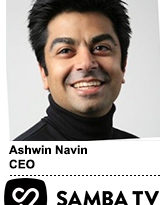 Samba TV CEO: ‘Our Legal Basis For Having Data Is A Direct-To-Consumer Relationship’

July 16, 2018 Programmatic Comments Off on Samba TV CEO: ‘Our Legal Basis For Having Data Is A Direct-To-Consumer Relationship’