It’s hard enough to develop features that work well for one app or site – let alone more than 100.

But that’s the task at hand for Kara Chiles, senior director of product development at USA Today Network, a national news service that shares content and resources between USA Today and Gannett-owned local properties across the country, including the Detroit Free Press, El Paso Times, Knoxville News and the Courier-Post in South Jersey.

Many of the additions Chiles and her team make to the national USA Today app are later syndicated to the other smaller apps in the network. And so new features have to be as useful for the flagship as they are to any of the regional app experiences.

“We take what I’d call a largely enterprise approach to product management and development,” Chiles said.

For instance, many users are often overwhelmed by the amount of news to read. “They’re looking for something that allows them to feel like they’ve actually completed a news cycle,” Chiles said. “The opposite of an infinite experience.”

In response, USA Today Network is testing a feature called “Catch Up,” which curates a selection of the newest and most newsworthy stories and features of the day, along with a slot for an ad unit, and combines it all into full-screen swipeable experiences. The feature, which is still being tested in the main app, is starting to roll out to others, including the Detroit Free Press.

Chiles said the feature generates millions of page views a month for USA Today Network brands, and people using it consume twice as much content as the average daily active user, especially if they haven’t visited the app for a couple of days.

At the same time, USA Today Network is careful not to take too stringent of a one-size-fits-all approach to app product development, Chiles said. Around two years ago, it started applying a more nuanced strategy, rather than letting the larger brand act as the primary driver behind what gets delivered to the smaller guys.

“We realized that we were doing a disservice to both by doing that,” Chiles said. “We’re finding more impactful results by creating experiences that recognize that they have different needs.”

Some of the apps in the network, for example, are news reader apps, like the Detroit Free Press, while others are niche apps devoted to special interests by region, primarily sports, such as Packers News or Lions Xtra. For these, it doesn’t necessarily make sense to incorporate everything coming from the main app.

“Different markets do have some of their own development resources, and they will create unique experiences for their user base when it makes sense,” Chiles said. “What we’re doing is trying to take the burden off of local markets by producing solutions that create efficiencies so publishers can focus on being the voice of the community and a news-gathering force.”

The goal is also to be as accommodating as possible to the user, and to get people to engage with a native app experience because once they do, Chiles said, they usually get a lot more loyal.

USA Today Network noticed, for example, that USA Today app users consume and engage with more content when it’s about their area, whether that be their hometown or a place they’re planning to travel for work or pleasure. But although they want to stay in the loop on local news, they don’t necessarily want to download a separate app to do it.

The national USA Today app now has a “News Near You” module and the ability to browse local properties selected from the network.

“We’re exploring how to make these experiences more personal, more customizable, more of a utility,” Chiles said. “To do that, we’re thinking about where the user is geographically, we’re starting to reflect on their interests and we’re looking closely at the type of content people consume.”

In that vein, USA Today is getting ready to expand a feature that was incubated in the main app for the last year that allows users to choose topics they’re interested in and see notifications on their phone’s lock screen when new related content is added to the feed. Users who set topics come back to the app 1.3x more than users who don’t. The plan is to expand the feature to other apps in the network this summer. 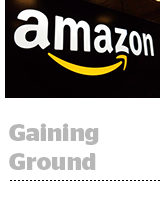 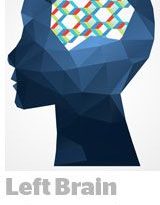 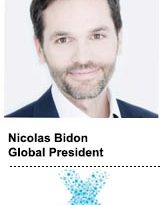 With The Trading Desk Heyday Behind It, Xaxis Shifts Its Narrative To Guaranteed Outcomes

November 17, 2017 Programmatic Comments Off on With The Trading Desk Heyday Behind It, Xaxis Shifts Its Narrative To Guaranteed Outcomes