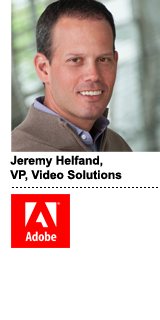 Adobe made a big upgrade to its multidevice ad-delivery system Adobe Primetime on Wednesday.

“TV Media Management allows you to see where there may be contention for impressions if certain TV deals close and the best place to allocate those impressions by understanding what deals are already set up,” said Jonathan Tabak, a senior product manager for Adobe.

For example, if Fox sells Empire rights exclusivities to one brand, but another brand wants to buy a specific audience that may overlap with a subset of “Empire” viewers, TV Media Management will let Fox determine which “Empire” impressions are already committed and which are available. Fox can thus avoid over- or underselling its audience.

If a brand advertiser brings a specific segment to the table, a media company can compare that audience against a broadcast schedule.

One goal is to help publishers predict TV-specific outcomes based on attributes like programming seasonality and the rate of decay of an audience after a show airs.

“Primetime delivers audiences at scale, but we looked at how media companies can make the most money out of that content,” said Jeremy Helfand, VP of video solutions for Adobe. “You’ll see us more focused on outcomes and how we’re bringing the Marketing Cloud in to acquire audiences, monetize them and engage them.”

AdExchanger: Where is there overlap between Marketing Cloud and TV Media Management?

JEREMY HELFAND: We have Adobe Audience Manager, our DMP, pre-integrated into Adobe Primetime so customers can take their audience segments and automatically load those into Primetime to improve the delivery of the ad experience.

Once media companies have acquired viewers, what content are they going to serve to get them to engage more? Using that data from Audience Manager becomes a real tangible benefit. Also, Adobe Analytics. A majority of media companies use media and analytics to understand who viewers are, so having that integrated in Primetime helps solve for some of those use cases too.

Where is there the most friction between TV sellers and buyers?

Measurement. There’s a lack of standardization coupled with an explosion of content. Media owners are trying to figure out what’s the best way to represent their audience. If you’re on the buy side and you put together a plan, imagine having 10 different media companies telling you that you need to buy their audience in 10 different ways.

I can see frustration building where, given the gap in measurement, you have a lot of media companies off on their own defining the value of their audience because they have to make money. The industry will need to have some normalization and it’s an area we’re focused on because many major advertisers and sellers use our analytics. We’ve done a lot in the space with comScore and Nielsen and through efforts with Adobe Certified Metrics to bring standardization of audience measurement.

We see opportunities around dynamic creative optimization and the ability to personalize content within the ad. There’s also a need to better manage creative rotation and to frequency cap, which has become a challenge for the industry because a consumer now engages with content across multiple devices.

How does your acquisition of TubeMogul come into play?

We can’t really comment on Tube until it closes, but marketers struggle with the ability to look at multichannel attribution and how to measure and activate in those channels and optimize. The opportunity for Adobe is great because we come from a position of independence. We don’t have a position in media or data. We are technologists building software for others to maximize the value of their business.

Does the industry ever fully move from a demo and ratings-based currency to audience guarantees?

What’s driving this confidence to sell on guarantees is better clarity around the definition of an audience, which is where the DMP plays a central role. That drives confidence in offering these incentives to advertisers. There’s still work to be done in creating more efficiencies, which is one thing we’re excited about with Total Media Management – improving efficiencies in planning and forecasting.

Interview condensed and edited for clarity and length. 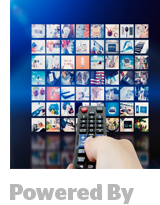 September 17, 2018 Programmatic Comments Off on What Will Ad Tech Consolidation Look Like? 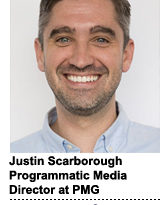 January 2, 2019 Programmatic Comments Off on Move Over, Banner Ads