The ad tech rollup is real, and its name is Sizmek.

If the purchase finalizes, Sizmek’s acquisition spree (excluding the earliest iterations of its evolving stack) will round out to about five companies acquired in less than three years.

Like Oath, which bolted years’ worth of technology acquisitions from AOL and Yahoo under parent Verizon, Sizmek, now owned by private equity firm Vector Capital, faces some of the familiar integration and go-to-market challenges.

Here’s how it got to where it is today.

2011 Texas-based DG, a content management and distribution platform, acquires MediaMind for $414 million in cash and stock to combine with its broadband distribution network Unicast. Shortly after, it acquires rich-media company EyeWonder for $66 million.

2013 This is a big one. DG offloads its TV assets to Boston-based Extreme Reach for $485 million in a bid to reduce its debt – and ramp up its digital capabilities.

2014 DG officially rebrands as Sizmek and doubles down on as a public digital marketing and advertising solutions provider. Sizmek goes on an ad tech shopping spree of its own, snapping up mobile tracking tool Aerify.

2016 The M&A train pulls to a near final stop – when Sizmek itself is acquired by PE firm Vector for $122 million.

2017 One year later, Sizmek places a $125.5 million bet on another public ad tech company, Rocket Fuel – which saw its stock diminish from a peak $2 billion market cap in 2013. Rocket Fuel has a 30-day go-shop period where it can look for other acquirers.

Under Executive Chairman Mark Grether, Sizmek hopes to leverage its global scale to provide a viable alternative to Facebook and Google.

Of course, many vendors want that role, but Sizmek believes its access to Vector Capital’s coffers gives it the firepower to execute.

At the same time, Sizmek is aware that it is perceived by the ad industry as a giant ad server – and that few are aware of all the other capabilities in its stack.

But just because Sizmek has rolled up loads of tech doesn’t necessarily mean integrating it into a consolidated suite is easy.

Shortly before his exit, previous CEO Neil Nguyen was still working to position a clear message around all the technology that Sizmek owned, rebuilding a lot of the acquired tech to fit into the suite.

So the question of what the ad tech rollup actually means and what it can actually do has plagued Sizmek for a few years.Will that messaging become clearer if it successfully executes the Rocket Fuel acquisition?

The goal is to eventually merge Sizmek’s creative and data capabilities with Rocket Fuel’s AI-powered platform, Grether told AdExchanger, “to provide advertisers with a full buy-side stack that they’re looking for [in self-serve].”

But adding a new DMP and DSP to its stack won’t automatically position Sizmek for success against Google’s ad-serving and digital marketing businesses.

“No chance,” said Scott Denne, a research analyst at 451 Research. “Vector’s focus will be making these businesses profitable through a combination of cost-cutting and growth. It won’t be making money-losing investments in sales and marketing, product development or high-priced M&A that would be needed to become a real threat to Google.”

What does Denne expect? Business as usual.

Sizmek will go after the same buyers it always has, but with more of the machine-learning messaging that Rocket Fuel has been hawking since its inception.

However, because media plans are complex and buyers typically use multiple DSPs, Grether reiterated the need for independent ad-serving and buying tools, which Sizmek has.

“Absolutely, the ecosystem needs alternatives to Google and Facebook,” Thompson added. “Sizmek, MediaMath and others at least give marketers [the appearance of] non-Google options. From this perspective, there are no cons to the transaction. Yes, it’s a massive valuation hit, but we’ve seen that decline for four years. 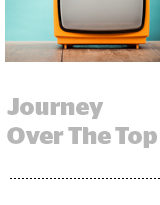 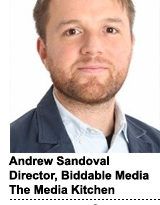 Apple’s ITP2 Has Arrived. Here’s What You Can Do About It.

January 7, 2019 Programmatic Comments Off on Apple’s ITP2 Has Arrived. Here’s What You Can Do About It.